Texts played a crucial part in diplomatic practice between the fifteenth and eighteenth centuries. Works of literature were sent as diplomatic gifts. Dramatic and poetic productions at court were invested with diplomatic meaning. Diplomats were writers, patrons and consumers of all kinds of literary works. As public and private figures, they moved books across borders. Embassies were sites of cultural exchange and literary texts – whether printed, manuscript or oral – became an important tool in what we now call cultural diplomacy. These ‘textual ambassadors’ were critical in communicating and mediating cultural difference both within Europe and between Europe and the wider world. 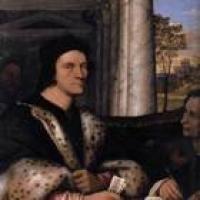 This project, led by Dr Tracey Sowerby and funded by the Arts and Humanities Research Council, aimed to develop new methodological and theoretical approaches to the interrelationship between literature and diplomacy that define and advance this emerging field.

'Textual Ambassadors' drew together a network of international scholars from the USA, UK, and Europe. Our commitment to innovative inter- and multidisciplinary approaches was reflected in the network's composition: members had expertise in diplomatic history, literary criticism, book history, and cultural studies. Our activities were aimed at:

To this end, we held an international conference on Diplomacy and Culture in the Early Modern World in Oxford from 31 July to 2 August 2014.

The project has led to three collections of essays. In Cultures of Diplomacy and Literary Writing in the Early Modern World contributors provide case studies showcasing interdisciplinary approaches to, and methodological reflections upon, the subject, drawing on case studies based on diplomatic relations in (and between) Europe, the Americas ,and Asia. The essays in English Diplomatic Relations and Literary Cultures in the Sixteenth and Seventeenth Centuries explore the impact of English diplomatic activity on English and European literary production and the literariness of diplomatic interactions. Practices of Diplomacy in the Early Modern World c.1400-1800 examines the boundaries of sovereignty, and the interlocking roles of ceremonial, material culture, hospitality, and gender in early modern diplomacy. We have also published a short series of pieces showcasing aspects of our research as web-exhibits on our project website.