In 2004 a Siberian shaman, Toizin Bergenov, was hired by deputies in the Russian duma to purge the parliament of evil spirits drawn by the negative energy of angry debates;  while in China over one million members of the Eastern Lightning sect, led by a peasant woman who styles herself ‘Almighty God’, readied themselves for the last days. Visiting Russia and China in the late 1990s and early 2000s, one could not but be struck by the revival of formal religion and by the explosion of cults and occult phenomena such as spirit mediums, white witches and television clairvoyants. This raised obvious questions about the Communist states that were fast fading from history, and about their real capacity to penetrate society and their ambition to transform the identities of their citizens through propaganda, education, law, and brute force.  It also raised questions about if and how ordinary citizens had managed, despite repression and rapid social change, to maintain or adapt religious and para-religious beliefs and practices, and whether what one was witnessing was a return of what had been repressed or a reinvention of traditions, some of which had been irrevocably lost.

The Bolshevik/Stalinist and Maoist regimes were distant inheritors of an Enlightenment tradition that championed reason as the source of progress in society and saw the application of scientific knowledge to nature and society as the key to human advance. In the course of the nineteenth century a militant atheism and a philosophical materialism were grafted on to that tradition. Both regimes viewed popular belief in the supernatural as an obstacle to the creation of a rational, militant citizenry and the creation of a transparent socialist society. My project explores the politics generated by the attempts of the party-state in Russia between 1917 and 1941 and in China between 1949 and 1976 (the focus is, respectively, on ethnic Russians and Han Chinese) to extirpate practices and beliefs rooted in a cosmology in which supernatural entities, forces and relations were taken for granted by large swathes of the population, especially in the countryside. 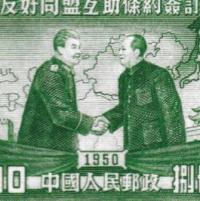 In the past historians of the Russian and Chinese revolutions tended to shape their narratives in ways that unconsciously reflected the self-aggrandising claims of the regimes by emphasising the transition from ‘backwardness’ to ‘modernity’ and by giving primacy to the achievement of modern outcomes. Following the opening of archives in the Russian Federation after 1991 and, in a more limited way, in China from the late 1990s, it came as a surprise to discover how much interest the authorities had taken in phenomena they would publicly have dismissed as pathological symptoms of a way-of-life doomed to extinction. Different agencies, such as local party organizations, women’s organizations, or trade unions  wrote reports, sometimes quite detailed, on such phenomena as strange rumours, prophecies, omens, demonic attacks, ecstatic possession, miracles and millenarian movements. My project seeks to explore the political significance of these phenomena -- what I call ‘supernatural politics’ --  i.e. the ways in which ordinary people used the religious, magical and folkloric resources of traditional culture to make sense of and respond to state-initiated modernization, which was deeply coercive and utopian at the same time.  Most people most of the time expressed their concerns -- about excessive grain requisitioning, the madcap drive to impose collective farming, scarcity of goods, wages and working conditions -- but it is striking that they could, without intellectual strain, shift to a discourse of the supernatural in order to articulate social anxieties, release psychological tension, and sometimes to organize collective action to resist authority.

The Indian historian, Dipesh Chakrabarty, has argued that when seeking to understand subaltern politics outside the West, scholars need to resist the ‘logic of secular-rational calculations inherent in the modern conception of the political’, and instead stretch that conception to include ‘the agency of gods, spirits, and other supernatural beings’.  This is the starting point for my project.  It is concerned to explore how people who were mainly poorly educated and economically insecure struggled to make sense of the dislocating social, economic and political changes that overwhelmed their lives, struggled to communicate with one another, struggled to maintain traditional solidarities and ritual practices and sometimes to generate collective action. Popular religion, magic and folklore also had an eminently practical value,  offering what Charles Stewart called a ‘cognitive cartography’, a system of beliefs and practices that enabled people to map and negotiate the ‘traumas and ambiguities of life’. Religiously-based conviction sometimes led to organised resistance – especially in the Soviet Union, where the belief that the Antichrist was roaming the land spurred violent resistance to the Stalinist state in the period 1928-32 – yet people were only too aware of the overwhelming imbalance of power and generally sought to avoid violent confrontation, especially in China. Far more common were time-honoured forms of avoiding authority, foot-dragging or feigning compliance. The project explores the modalities and limitations of Communist state power, and it looks at the success and failure of the party-state -- attending to distinctions between young and old, rural and urban, men and women, differences in levels of education and between occupational groups -- in uprooting and transforming popular cosmologies, moralities and identities. Though not without some success, it is in this regard that we see the limitations of Communist state power. The project looks at how local communities managed to maintain religious beliefs and practices and asks what the ‘state’ actually meant to people on the ground: who were its agents, how did it set about extirpating belief in supernatural forces, how was it experienced and imagined by those at the receiving end of its campaigns, propaganda and repression? There were massive differences in the records of the Stalinist and Maoist regimes, but there was sufficient similarity in the aspirations of the party-state and the responses of its subjects to allow nuanced comparison. Recent historiography criticises approaches to Stalinism that downplay its ideological thrust, yet there was nothing comparable in Soviet Russia in the 1930s to the Maoist commitment to moral transformation of the people, a commitment that had its roots in Confucian concern to civilize the people (jiaohua).  The project thus aims to show that culture mattered, in inflecting the meanings of similar state ideologies, institutions and practices. Though supernatural politics shared many formal similarities in the two countries, the meanings with which similar experiences were invested by both rulers and ruled drew on very different symbolic traditions. A final aim of the project is to examine the feedback mechanisms whereby certain religious and magical idioms, metaphors and dispositions were selectively absorbed into official Stalinist and Maoist discourse (the decision to embalm the corpse of Lenin, for example, drew on Orthodox belief in the incorruptibility of a saint’s body). Despite its putative claim to make society transparent through the application of reason, official discourse was permeated with supernatural idioms evident, for example, in the assumption that the world of appearances is intrinsically deceptive, masking a hidden world whose nature is dark, cruel and threatening. A focus on superstitious politics casts doubt on the idea that modernity -- even in cases where secularization is rigorously enforced by the state -- brings about a decline in the public importance of religion.