From Byzantine to Ottonian Empires

From Byzantine to Ottonian empires: Venice, Ravenna and Rome, imperial associations and the construction of city identity, c. 750-1000

The study of Early Medieval Italy is currently a major international field of research. Late Antique, Lombard, Byzantine and Carolingian Italy have been written on extensively across the period 400 to 850, but the late 9th and the 10th centuries have been much less studied, though they constitute an essential component in the development of medieval and modern Italy, and Europe more generally.

This period represents a key transitional link between the Mediterranean-centred focus of Italian politics and culture up to 750, and the emerging role of later medieval Italy as part and parcel of the rising power of medieval, Renaissance and modern western Europe north of the Alps from 800 to the 18th century. The period is also a key element for discerning the roots of the later success of the much better known history of the Italian communes and city-states from the 12th century onwards. 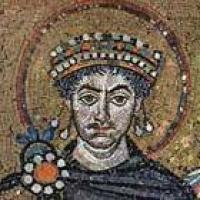 This project, generously funded by the AHRC proposed to study the way in which the three main Byzantine cities of northern Italy (Rome, Ravenna and Venice), dealt with the imperial ideologies and policies they had to face through their relationship with the empires of Byzantium, of Charlemagne and his heirs, and of the German Ottonians, especially in the 9th and 10th centuries. The response of the three cities' authorities to this inevitable pressure contributed, to very different degrees, to the construction of their own civic identity.

We examined the political and social priorities which led the ruling elites to choose alliance with, or opposition to, imperial powers, and the political, religious and cultural choices made by them, under the direction of popes, archbishops and doges. We investigated how different factions fought for control of each city through these choices, and how internal city politics influenced the political and ideological choices which underlay the creation of each city's identity.

Defining and analyzing the power of these elites, their culture and manifestations within the city through, among others, narratives, history-making foundation accounts, acts of government, diplomacy and exchanges, prosopography and titles, government apparatus and ceremonial, religious foundations and endowments, public acts of piety, and architectural and artistic creations, helps us not only to comprehend the later success of the Italian urban model, but also better to appreciate the role of ideology and culture in the construction of any corporate identity, through the creation and constant re-interpretation of a real or mythical past and present.

The project comprised three outcomes, of which two have now been completed. The first was the organisation of an international conference/workshop, which took place on 20-22 April 2014 at All Souls College, with the title "Three Empires, Three Cities: Identity, Material Culture and Legitimacy in Venice, Ravenna and Rome, 750-1000". The second outcome was the publication by Brepols, in September 2015, of the conference papers and the transcript of its discussions, edited by Veronica West-Harling, under that same title. The third outcome will be the publication by Oxford University Press in 2016 of the monograph authored by Veronica West-Harling, with the title of Rome, Ravenna and Venice, 750-1000: Byzantine Heritage, Imperial Present and the Construction of City Identity.