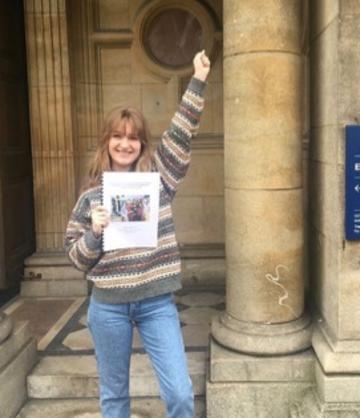 Rachel Collett studied History at Wadham College and was awarded the Gladstone Prize for Best Thesis in Modern British History after graduating with a First in 2019. Rachel’s thesis was supervised by Dr Jane Garnett, and explored the history of radical bookshop News From Nowhere in relation to the Merseyside Women’s Liberation Movement, women’s class-based activism in Liverpool, and a vibrant feminist print culture of the 1970s and 1980s. Since receiving the award, Rachel has completed a Masters in History of Art at Oriel College, within which she has furthered her interest in the cultural grassroots activism of the Women’s Liberation Movement in Britain.

Women’s – particularly feminist – history has always been of great interest to me, so I knew that my third-year thesis would explore some aspect of this. Throughout my degree I focused primarily on British history in the nineteenth and twentieth centuries, and had particularly enjoyed studying the 1970s and 1980s in my second-year module ‘Britain Since 1900’. Speaking with Dr Sian Pooley, the course convenor of my first-year Special Subject ‘The New Woman in Britain and Ireland’, I was encouraged to think about local and community history in my own area, as local archives can be a great place to find under-researched material and micro-historical topics of study. In trying to combine all of these interests, I became drawn to exploring ‘second-wave’ feminist history in my own locality of Merseyside, particularly through the lens of the News from Nowhere bookshop, which I had visited from a young age and so was aware of its involvement in various political issues. After reading a lot of the historiography about the Women’s Liberation Movement, it was clear that this local focus on grassroots feminist activism was a fairly new area of academic research, with historians such as Sue Bruley, Bridget Lockyer and Sarah Browne writing on places like Bristol, Brighton, Bradford and St Andrews, and George Stevenson’s recent publication The Women’s Liberation Movement and the Politics of Class in Britain (2019) highlighting the neglected issue of class. I aimed to build upon this in my thesis, focusing on the distinct ‘exceptionalism’ of Liverpool’s feminist activism, exploring women’s class consciousness and engagement with socialist politics in the 1980s, and questioning whether News from Nowhere and the flourishing feminist print culture ultimately provided a more intersectional and welcoming space within which to learn about feminist politics. 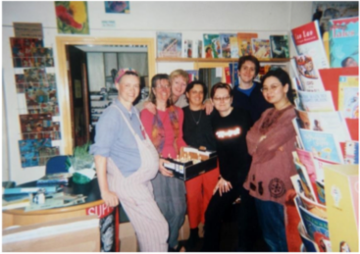 As this area of research had not been extensively researched or written on before, I found it challenging to build a comprehensive account with little secondary material to reference. Although it was exciting to know my thesis was entirely original and would form an important contribution to the history of ‘second-wave’ feminism, I was apprehensive about having to build my project primarily from primary sources. Nevertheless, the experience of trawling through the rich collection of archival material about the Merseyside Women’s Liberation Movement (at the Liverpool Record Office) and News from Nowhere’s collection (at the Feminist Archive North), was immensely rewarding. The contents of these archives (including meeting minutes, diaries, press clippings, pamphlets, and campaign material) reflected the urgency, fragmentation and decentralised nature of grassroots feminist activism in the 1970s, allowing me to gain an insight into the diverse lived experience of those involved. The Merseyside Women’s Liberation Newsletter was a particularly important source of information about women’s discussions, debates and grassroots activity, enabling me to understand how feminist groups communicated and functioned in a local context. However, I struggled with the ethical issues raised by taking these sources out of their original intended ‘women-only’ readership, particularly as many of the women involved are still alive. To supplement the lack of historiography, I also drew on printed publications such as Spare Rib (1972-1992), which has recently been digitised and put online by the British Library, and Merseyside Women’s Paper (1976-86), the only local women’s liberation magazine in Britain. I also chose to conduct oral interviews in and outside of Merseyside; this gave me invaluable insight into the actual experiences and subjectivities of women activists, and created an intergenerational feminist dialogue between myself and the women I interviewed. 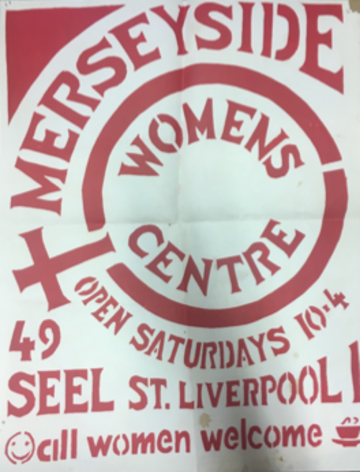 Ultimately, I found that writing my thesis allowed me to feel closer to the history and heritage of my own community, particularly as a working-class woman. It highlighted the importance of writing ‘living’ history, using oral testimonies to reconstruct an otherwise overlooked aspect of a broader feminist (and local) history. My thesis provided a crucial foundation for my Masters research, in which I used three women’s art collectives in the 1970s and 1980s as microhistorical examples to look at the consciousness-raising significance of cultural activism and women’s efforts to build alternative, collaboratory art networks. If you are interested in reading more about second-wave feminist history in Britain, I recommend starting with the first-hand accounts of authors such as Sheila Rowbotham, Lynne Segal, Hilary Wainwright, Beatrix Campbell and Anna Coote, or browsing the British Library’s database of Spare Rib issues. For a more specific interest in feminist print cultures, Lucy Delap’s ‘Feminist Bookshops, Reading Cultures and the Women’s Liberation Movement in Great Britain, c.1974-2000’ (2016) and Laurel Forster’s ‘Spreading the Word: feminist print cultures and the Women’s Liberation Movement’ (2016) provide interesting insight.