Angus Brown has just started his second year studying History and Politics at Magdalen. He studied at a State Comprehensive in Lancashire for both his GCSEs and A-Levels, studying History, Politics and English Literature at A-Level as well as working towards the Extended Project Qualification.

If, like me, you aren’t currently attending a school which sends hundreds of students a year to Oxford (or even sends many or any at all) then the Oxford History Aptitude Test (HAT) will, without a doubt, seem exceptionally daunting. When I submitted my application to study History and Politics at Magdalen in Autumn 2016 I was confronted, despite the overwhelming support of my teachers, with the fact that they had had just one student at my school sit the HAT and fail to get to the interview stage. Hardly a ringing endorsement of the school’s ability to prepare me for the tests. 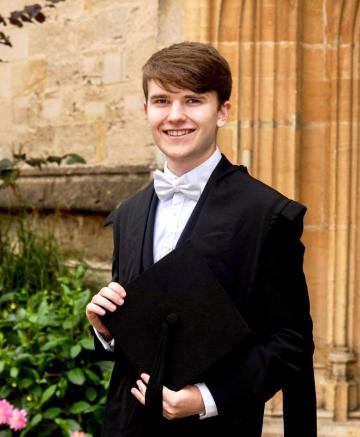 This, unfortunately, is the case for many state school students; where privately educated peers may receive hours of preparation for the HAT from people who think they know how to get students in (and may even have sat it themselves), most comprehensive pupils will have no such luck. But the HAT needn’t be so terrifying, and as long as you prepare enough (but not too much) and have the skills you need it can be not only accessible but even enjoyable (as bizarre as that sounds in the case of an exam). That might sound strange for an exam which seems like it could define your whole life, but it is true.

At its core, the HAT is meant to test your abilities as a historian; unlike the other kinds of tests you’ve sat in the past the HAT isn’t trying to test how much you know about history, it tries to test your aptitude for it. This means that, unlike other tests, you don’t need to obsessively revise for it (which anyone who knows me will tell you isn’t my usual stance on tests). The new HAT focuses even more on this side of things, testing candidates solely on their ability to analyse a passage of text and to think imaginatively about what it can tell us about a particular historical context. When I took the test this was by far the most interesting aspect of it, because the question asks you not just to regurgitate historical facts, but rather to produce an in depth and original analysis of a piece of historical material. It tests your ability as a historian to the fullest.

That might all sound a bit daunting, but don’t worry too much, if only because worrying never helps in an exam situation. The source provided for you in the HAT could be almost anything, and it’s very likely that it will be from a period you have never studied, and almost certain that you will never have seen the extract itself before, so no one will have an advantage over you on this front. It’s also important to be relaxed so that you can really take the text in and provide a thoughtful and original analysis. What will really shine through is if you are able to provide a unique view on the material you are presented with, and not just the kind of answer based in rote learning that standardised tests sometimes promote. Though you can’t do a huge amount to prepare you probably should try at least one or two practice papers, and obviously make sure to read plenty of history books outside the classroom both to broaden your understanding and to develop your ability to think critically about both what those in the past thought and what modern historians have written about it.

I recognise that it’s all well and good for me, as someone who did get into Oxford and must, therefore, have done at least reasonably well on the HAT (though I don’t know if this was the case as I never found out my score) to say all of this, but it is true. The HAT will be a very different test to any which you have ever sat before, but should hopefully be a more interesting and enjoyable one too, and will test your intellects and talents as a historian in a way which enables you to display the full range of your historical creativity and ability to think and analyse critically.

It’s also important to remember that the HAT won’t necessarily break your application if you don’t perform as well as you might want to – it won’t scupper a strong application in other areas, and the interview provides an opportunity to really show the tutors what you can do. Equally, worry doesn’t translate well into reality – I came out of the HAT and my interviews expecting to have done terribly and certain that I would be rejected, but I got in. We always tend to assume the worst in ourselves, but it’s best not to spend the days, weeks, and months after the HAT worrying about how well you did. At the end of the day the History Aptitude Test is just that, a test of your historical aptitude, and as long as you go into it prepared and relaxed you’ll do well.