The freedom to explore new areas, and be encouraged to pursue them

Angus Russell is from London and studied History and Russian at St John’s College. When he graduated in June 2017, he was awarded the Arnold Prize for the best thesis in ‘modern’ history (at Oxford, this means not ‘ancient’ – so everything after AD 285). Angus’s thesis was supervised by Dr Catherine Holmes, on the subject of how the Mongols influenced medieval and early modern Russia. 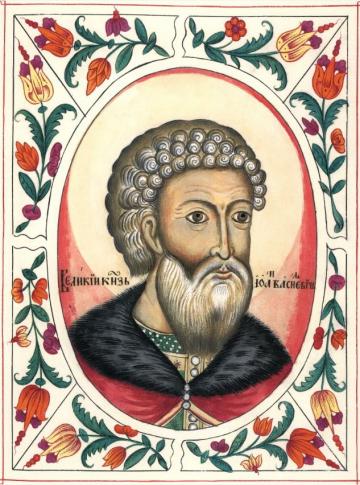 Studying History and Russian, I knew I wanted to write my thesis on something related to Russian history, but I wavered between exploring the collapse of the Soviet Union and looking at earlier periods that I’d really enjoyed during my degree. I initially encountered the Mongols as part of a first-year course I’d taken on medieval Europe, and was intrigued by this fleeting glimpse of their role in shaping history beyond the ‘Western’ Middle Ages. Subsequently, in my second year I took a new course on early modern world history, and together these experiences convinced me that researching Mongol influences on Russia could also allow me to look at broader, global historical perspectives. Nonetheless, I still needed to find a specific subject that would work for my thesis: not so wide that it couldn’t be covered in 12,000 words, not so narrow that it didn’t have any broader relevance, and that gave me the chance to say something new. A lot of this process was trial and error – reading over the relevant historiography and trawling through footnotes, to see where there might be room to expand and develop previous arguments.

Eventually, I decided to look at the iam, the relay and postal network supposedly established by the Mongols in the regions of Eurasia conquered by Genghis Khan and his successors in the thirteenth century. The iam was probably derived from an earlier system created by the nomadic Khitan people of northern China; the khans then seemingly replicated it to improve communication across their rapidly expanding empire, which in the thirteenth century conquered the peoples of Rus’ (the medieval predecessor to modern-day Russia). As the term iam appears in Old Russian sources dating to the late fourteenth century, and there is widespread evidence for a postal network in Moscow by the turn of the sixteenth century – also called the iam – most historians agreed that the later system was the direct successor to an original Mongol system. I began to wonder whether the available evidence actually supported this consensus.

At the end of my second year, I discuss the project with my supervisor, Dr Catherine Holmes, and we planned how my thesis would fit with both my other work and my year abroad; I also met Dr Jonathan Shepard, formerly lecturer in Russian history at Cambridge, who gave me invaluable advice on leads I could follow up while I was away. This meant that by the time I left, I had a reasonably good idea of the sources I wanted to consult, and where I could access them. While a lot of people do use archives for their thesis, you don’t have to – as most of the chronicles and charters I needed were in published collections, I mainly used libraries for my research. On my year abroad I spent time at the Russian State Library in Moscow, and after returning to the UK I took advantage of the fantastic resources of the Bodleian, the central university library: as a legal deposit library, it holds a copy of every book published in the UK and Ireland, and extensive collections in other languages as well. 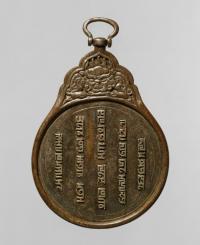 I didn’t start writing properly until the penultimate term of my final year, which is when you get the most time to devote to the thesis. Dr Holmes was hugely supportive, especially when I was struggling to find the right approach to some of the source material: she always trusted me to produce work, even if progress seemed slow. In the end, my initial suspicion was borne out by my research, and I was able to challenge the idea that the later iam system was simply the direct continuation of a Mongol system; I argued instead that it was established by the rulers of Moscow themselves, imitating and appropriating the khans’ iam to bolster their burgeoning sixteenth-century autocracy.

Apart from my enjoyment of working with original source material, the experience of drafting, editing and proofreading my thesis has also helped me in the sort of editorial work that I’ve been doing for the past year at a publishing company in London. Ultimately, however, it also inspired me to continue studying: I’m returning to Oxford to start my master’s this autumn, where I hope to explore further the questions I explored in my thesis. When I started my degree, I was sure I would take lots of courses in twentieth-century history, especially as I’d enjoyed studying the Russian Revolution and the Cold War at A-Level. That I ended up focusing on pre-modern history is testament to one of the most enjoyable aspects of the History course at Oxford – the freedom to explore new areas, and to be encouraged to pursue them.

Some recent books that situate Eurasian history within wider global historical trends are:

John Darwin, After Tamerlane (Penguin, 2007) – a global history of early modern and modern empires from the fifteenth century to the present

Peter Frankopan, The Silk Roads (Bloomsbury, 2015) – huge and ambitious; seeks to reorient the ‘centre’ of global history away from the ‘West’ and towards Eurasia

Valerie Hansen, The Silk Road (OUP, 2012) – explores the impact of trading routes on economic and cultural interactions across Eurasia

The Very Short Introduction series (OUP) is also a great way to find out more about new subjects, especially: