A memorial service for Sir John Elliott was held at The University Church of St Mary the Virgin on Friday, 10th June 2022 at 2.30pm.

The service was recorded and can be viewed here: 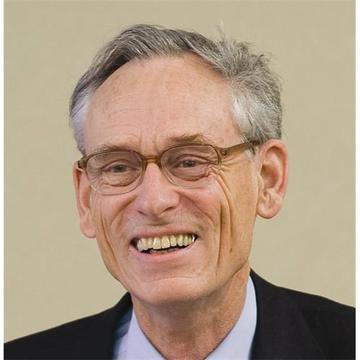 The Faculty shares with sadness the news of the death of Sir John Elliott, Regius Professor of Modern History from 1990-1997. For over six decades Sir John was the pre-eminent Anglophone  historian of early modern Spain and its place in the world from 1450-1780. He published a series of authoritative and influential books (authored as ‘J.H. Elliott’) on Spain during and after the zenith of its power, and insisted on placing Spanish history in the context of European, imperial and global settings. With his passing, the profession has lost one of the last remaining contacts with the generation of historians who dominated the field after World War Two.

Having initially planned to study modern languages, Sir John was awarded a degree in history from Cambridge in 1952 and completed a PhD under the supervision of Herbert Butterfield three years later. Sir John had spoken to Butterfield of his admiration for Velázquez’s portrait of the Count-Duke of Olivares and suggested that he might work on the latter’s career; Butterfield agreed enthusiastically, expressing his opinion that British historians should be turning their attention to Spain. In a riveting interview Sir John gave in 2008 about his life and career, he recalled that given that Butterfield knew nothing of the subject (‘a positive advantage’), and since at the time there was no training of any sort for graduates, he was forced to ‘plunge in’.

The lack of relevant archives in Madrid and Simancas forced Sir John to work in archives in Barcelona, and, turning his attention away from Olivares for the time being, his PhD thesis centred on the background to the Catalan rebellion of 1640. He linked up with a talented group of scholars led by the great historian Jaume Vicens Vives, and identified with the experience of the Catalan population at a time of continuing Francoist repression.

Sir John’s doctoral research was extended and published as his first book in 1963, its title, The Revolt of the Catalans: A Study in the Decline of Spain 1598-1640, pointing to his long-standing conviction that the decline in Spanish power was largely the result of Castile´s inability to manage effectively the Iberian territories over which it held sway.  The same year he published a textbook on Imperial Spain in which he argued that the history of Spain and its empire could not be understood without tracing connections and effecting comparisons between the Spanish and other European empires.  The textbook, whose chronological termini were 1469 and 1716, contributed substantially to the recognition of ‘the early modern period’ as a separate and legitimate epoch of academic study.

Sir John lectured at Cambridge for over a decade, leaving in 1968 for King’s College London, where he was Head of Department for 5 years. In 1973 he joined the Institute for Advanced Study at Princeton, where he was able, as he put it, ‘to devote myself to the things I wanted to do’. In 1986 he published his magnum opus on Olivares, in which he examined the great statesman’s management of Spanish interests ‘in an age of decline’.  The period at the IAS allowed him to deepen his interests in early modern Spanish art and culture, and he published major books on the Buen Retiro palace of Philip IV (co-written with Jonathan Brown in 1980, followed by a 2nd edition in 2003) and on the parallel careers of Richelieu and Olivares (1984).

Sir John came to Oxford as Regius Professor in 1990. Later he recalled that when he was appointed Hugh Trevor-Roper had told him that being the Regius Professor was ‘great fun’, although Sir John added that he thought it must have been more enjoyable in Trevor-Roper’s time than in his own. At Oxford he continued to take on students, and was particularly impressed with the commitment to undergraduate teaching. Nevertheless, administrative duties similar to those he had tired of at Kings were now accompanied by the demands of the Research Assessment Exercise, and there was a lot of ‘cracking the whip’, which he detested. Sir John considered that the pressure to publish to deadline that academics were now under was an ‘intellectual disaster’, though he recalled that some academics displayed their disdain for the process by refusing to tell the Faculty what they had published.

An immensely productive period lasting a quarter of a century followed Sir John’s retirement from the Regius Chair in 1997, characterized by the publication of books of continued breadth and ambition. Throughout his career, he remained committed to ‘Big Picture’ narratives, being unsympathetic to what he called ‘nit-picking revisionism’. Early on he had been deeply impressed by the ‘total history’ achieved, or at least aimed at, by the Annales School, though he rejected the determinism of marxisant programmes in favour of the roles played by personality and contingency. While he welcomed the turn to global history he cautioned that it ran the risk of ‘floating in the stratosphere’; there needed to be a balance between ‘precise local history and more regional and national history, as well as trans-national history’.

From the start Sir John understood comparative history to be an antidote to exceptionalist accounts of Spain, which (in the anglosphere at least)  remained blighted by reiterations of the Black Legend.  The comparative approach underpins many of his works, including his book on Richelieu and Olivares; his short but excellent 1992 book on the multiple impacts on Europe arising from its encounter with the New World; his major study of British and Spanish colonial America (2006); and most recently, his Scots and Catalans: Union and Disunion (2018). At the end of his life he turned his attention to Portugal and the Portuguese empire, seeking to understand it not only in its own expansive terms but also – with characteristic ambition – in comparison with the experience of its Iberian neighbour.

Sir John served on the board of Past & Present for over four decades, and received innumerable honours from universities and other institutions across the globe. Closer to home, he founded and funded the Sir John Elliott Junior Research Fellowship at Oriel College. His books helped to create an entire field and exercised a deep influence on generations of students, yet his impact was perhaps most deeply felt on a personal level.  He was a most generous supervisor, mentor and colleague.  He will be remembered fondly by numerous scholars, and our sympathies go out to his wife, Oonagh, Lady Elliott, and his sister, Judith.

- Professor Rob Iliffe (Chair of the History Faculty Board)

Sir John's articles in Past and Present are now freely available to all readers as a tribute to him.