Washington, DC— R.F. Foster, Carroll Professor of Irish History at Hertford College, University of Oxford, has been selected as the winner of the 2016 Morris D. Forkosch Prize for his book Vivid Faces: The Revolutionary Generation in Ireland, 1890-1923 (W.W. Norton & Company, 2015). The Forkosch Prize is awarded annually by the American Historical Association (AHA) to honor the best book in the field of British, British Imperial, or British Commonwealth history since 1485. The prize will be awarded during a ceremony at the Association’s 131st Annual Meeting in Denver, CO, January 5-8, 2017.
Foster’s book was selected by a prize review committee of AHA members including Janet Browne, Harvard Univ. (chair); Arianne J. Chernock, Boston Univ.; Holger Hoock, Univ. of Pittsburgh; Lara H. Kriegel, Indiana Univ.; and Susan Dabney Pennybacker, Univ. of North Carolina, Chapel Hill. 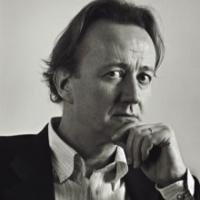 “Foster’s fresh vision of Ireland’s Easter Rising in 1916, and how this might be reconceptualized in the wider political context of British rule in the age of empire, is deeply impressive,” commented the Forkosch Committee. “He characterizes a remarkable generation of idealists and activists who found inspiration in new approaches to politics, love, art, theater, education, and belief. The book is deeply grounded in the archive, including personal letters and diaries, and is conceptually ambitious in its structure. The panel found its command of the broad picture and telling detail both accessible and masterly.”
The American Historical Association is a nonprofit membership organization founded in 1884 and incorporated by Congress in 1889 for the promotion of historical studies. The AHA provides leadership for the discipline, protects academic freedom, develops professional standards, aids in the pursuit and publication of scholarship, and supplies various services to sustain and enhance the work of its members. As the largest organization of historians in the United States, the AHA is comprised of approximately 13,000 members and serves historians representing every historical period and geographical area. For further information, go to www.historians.org or call 202-544-2422.