The Faculty of History is pleased to announce that Professor Robert Gerwarth (School of History and Centre for War Studies, University College Dublin) has been awarded a Leverhulme Visiting Professorship in Oxford for 2021-22.

Civil Wars have been a prominent and recurring element of modern Europe's history, notably from the seventeenth century to the twenty-first. Yet, compared with inter-state wars, the similarities and differences between civil wars in the modern period have remained a relatively neglected field of research.

Particular instances of civil war have long been a subject of great interest to a large range of Oxford-based scholars, working on topics such as the English Revolution, the European Wars of Religion, Revolutionary France, and conflicts in twentieth-century Ireland, the Soviet Union, Spain, and Greece.

Professor Gerwarth will bring his particular expertise on the history of war, violence, and conflict in the first half of the twentieth century to Oxford. In particular, Gerwarth's presence will provoke wide-ranging discussion within Oxford but also more generally in the UK about the prevalence of civil violence, and how far that violence should be understood as imitative, self-contained, or part of a wider culture of European conflicts. This visiting professorship will offer exciting opportunities to carry out this work, and to bring about the interdisciplinary renewal of the field. In particular, he will work with Professor Martin Conway, whose work intersects with that of Professor Gerwarth in various ways, and who will act as his Faculty host during the Visiting Professorship.

Professor Gerwarth will give four major public lectures, the ‘Leverhulme lectures on the History of Civil Wars’. These will be based around structured responses by scholars with a diversity of period and area expertise. Two of these Leverhulme Lectures will be delivered at Oxford and a further two at Edinburgh University and Queen’s University Belfast. 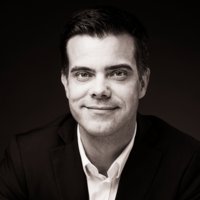 Robert Gerwarth has emerged in the last ten years as one of the most dynamic and innovative historians working on twentieth-century Europe. His previous list of publications (many of them translated several times) indicate the reach and generally acknowledged importance of his work, and has been accompanied by consistent engagement with scholars across Europe and North America.

This is especially so of his work on German history, from the late nineteenth century to 1945, where he has pushed forward a new historiographical preoccupation with the deeper ideological, political and cultural sources of conflict.

But his interests go beyond German history. In his book The Vanquished, Gerwarth offered a fresh take on the immediate post-First World War period across East-Central Europe, exploring in impressive detail the violent cultures of Europe's eastern borderlands in the post-1918 era. It is this border-crossing work which has given his published research a much broader impact, including on historians who work on violence in southern and western Europe, and which lies at the heart of his current concern with civil wars.