Ryan Tang grew up in Hong Kong and went to a boarding school in London. He studied History and Politics at Pembroke College from 2014 to 2017, where his thesis on the Council of Chalcedon in 451 was awarded the Joan Thirsk Prize for the best thesis in pre-modern history. His thesis supervisor was George Woudhuysen, an examination fellow at All Souls College. 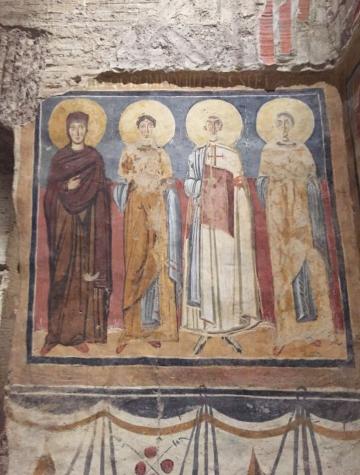 I studied a fairly eclectic range of topics at school, ranging from 19th century Japan to the reign of Alfred the Great, but the sheer range of papers offered by the History Faculty at Oxford still came as a

welcome surprise. I chose to specialise in late antiquity (Europe c. 300-500) from my second year onward and took a general outline paper on the evolution of the Roman Empire during this period as well as a source-based paper on St Augustine. It took me a bit of time to find a particular area for my thesis, but after a couple of false starts I decided to use the minutes of the Council of Chalcedon – recently translated and published in English – as a starting point for exploring the mechanics of power in the fifth century Roman Empire. The Council was a decisive moment in the evolution of the imperial church, laying the foundations for some of the splits in global Christianity that endure to the current day. Somewhat ironically, the minutes suggest that its decisions were as much the product of political maneuvering guided by short-term imperatives as of theological debate and reflection. By setting the Council within its secular context, including the threat posed to the empire at the time by Attila the Hun, I found a way of tying together several different strands of scholarship that had caught my eye at different times of the degree.

It is little short of astonishing that the full minutes of a conference held over 1500 years ago have survived to the present day and are now available in English. One of the great things about working with primary documents is they really bring a particular period of history to life. A year after completing my thesis, my recollections of encountering drunken students, brawling monks, or opportunistic, back-stabbing bishops in some of the sources still stand out. The tendency for mid-ranking managers to hide behind their superiors and blame each other when things go wrong clearly goes back a very long way. I was initially worried that most of the primary sources for this period would only be available in Latin or Greek, but it is actually possible to complete a thesis in this area exclusively using translated material and academic literature in English. The Bodleian Libraries held everything I needed, so I didn’t even need to travel to archives and libraries outside Oxford, although I should add that this isn’t always the case depending on what you want to focus on! Much of the material I relied on, including the council minutes themselves, are also available online, which was a great help when it came to working at home over the vacation. 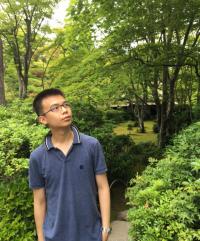 I was fortunate enough to receive a grant that funded a 2-week summer school at the British School at Rome (BSR). This was a great opportunity to get up to speed on Roman history, religion, and culture and get a feel for how people actually lived in late antiquity. We were able to tour several historical sites closed to the public, including the Senate House in the Roman Forum – it’s incredibly surreal to stand on the same spot where the political debates I was studying on my degree had been held over 1500 years ago.

Since graduating, I have completed a law conversion course and am now training to become a solicitor in London. One of the great things about the Oxford history degree is that it is incredibly versatile. Since my degree was in History and Politics, I covered everything from the reign of Diocletian (c. 284-305) to Vladimir Putin’s 2012 presidential election and the 2015 UK General Election. Many of my friends are now embarking on careers in the civil service, the Foreign Office, politics, consultancy, or teaching, so there is really no single ‘path’ for a historian to follow – it’s all ultimately down to your interests and ambitions!

If you’re interested in history from the classical and late antique period, Oxford’s Ashmolean Museum, is a great place to start exploring. If you can’t get to Oxford to visit in person, it has an impressive range of online collections.

For an introduction to this period, Peter Brown’s The Rise of Western Christendom (2013) and Chris Wickham’s The Inheritance of Rome (2009) are both well worth a read.