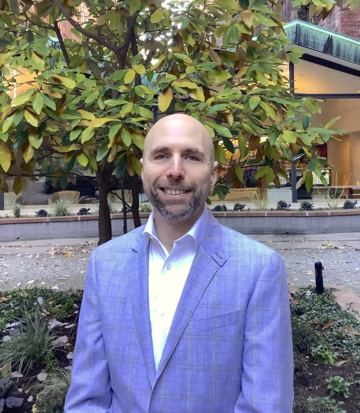 Michael Lobel will take up the prestigious post of Terra Foundation for American Art Visiting Professor at the University of Oxford in autumn 2020. The Visiting Professorship, based in the Department of History of Art at Oxford and associated with Worcester College through a Visiting Fellowship, has been made possible thanks to the generosity of the Terra Foundation for American Art. The position was originally established at Oxford in 2016 to promote the study of American art from a global perspective.

Professor Lobel is currently Professor of Art History at Hunter College and at the Graduate Center of the City University of New York (CUNY). He is the author of three major monographs, including Image Duplicator: Roy Lichtenstein and the Emergence of Pop Art (Yale University Press, 2002) and James Rosenquist: Pop Art, Politics and History in the 1960s (University of California Press, 2009). He was awarded the Smithsonian American Art Museum’s Charles C. Eldredge Prize for Distinguished Scholarship in American Art for his third book, John Sloan: Drawing on Illustration (Yale University Press, 2014).

In 2012, Professor Lobel was the Terra Foundation Visiting Professor at the Institut National d’Histoire de l’Art in Paris and he contributes regularly to journals such as Artforum, Art in America and Art Bulletin. His research has focused on a wide range of subjects including the interaction between painting and photography in the 1950s and 1960s; art criticism and the global turn; and realist modes in the 1970s. He has also written on artists such as Robert Colescott, Rosalyn Drexler, Gordon Parks, Robert Rauschenberg, Laurie Simmons, and Andy Warhol.

Professor Lobel is a member of the Board of Directors of the Roy Lichtenstein Foundation and currently serves on the Advisory Board of the Archives of American Art Journal. During his time at Oxford, he will teach both undergraduate and Master’s students and he will be working on new research including a project on popular printed imagery in the nineteenth and early twentieth centuries.

Professor Geraldine Johnson of the Department of History of Art at the University of Oxford says: ‘We are delighted that Professor Lobel will be joining us next academic year. He is a leading expert in the study of American visual culture in the twentieth century and he will make an enormously valuable contribution to both students and researchers across the University. The Terra Foundation’s continued support for the Visiting Professorship is helping to shape new conversations about American art seen within a truly global context.’

‘We join the Department in welcoming Michael Lobel to the University of Oxford,’ says Terra Foundation for American Art Executive Vice President Amy Zinck. ‘His contributions to the University’s exceptional art historical and American studies programmes are sure to enliven the evolving conversations and cross-cultural exchange of ideas around the art of the United States and enhance growing global scholarly networks.’

The Terra Foundation for American Art is dedicated to fostering exploration, understanding, and enjoyment of the visual arts of the United States for national and international audiences. Recognising the importance of experiencing original works of art, the foundation provides opportunities for interaction and study, beginning with the presentation and growth of its own art collection in Chicago. To further cross-cultural dialogue on American art, the foundation supports and collaborates on innovative exhibitions, research, and educational programmes. Implicit in such activities is the belief that art has the potential both to distinguish cultures and to unite them.