The Gerda Henkel Prize 2016 goes to Oxford-based historian Prof. Lyndal Roper. The Gerda Henkel Foundation is honouring Lyndal Roper for her outstanding achievements in the field of Early Modern History. Lyndal Roper holds the prestigious post of Regius Professor of History at Oriel College at the University of Oxford. The prize will be bestowed on her at a special ceremony on 7 November 2016 in Düsseldorf. The Gerda Henkel Prize is worth 100,000 euros. This year’s prize coincides with a jubilee year at the Gerda Henkel Foundation, which in 2016 is celebrating the 40th anniversary of its existence. Since 2006 every two years the Foundation has bestowed the international research prize, which is open to scholars worldwide. 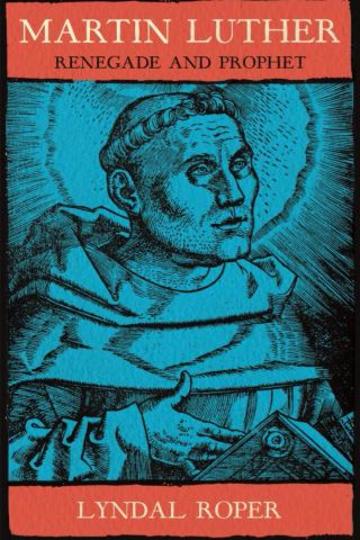 Gerda Henkel Foundation's Board of Trustees was unanimous in awarding the Prize to Prof. Lyndal Roper, following the suggestion by the jury’s nomination, which consists of members of the Foundation's Academic Advisory Committee and independent persons. The jury gave the following reasons for its recommendation: “Australian-British historian Lyndal Roper, Regius Professor of History at the University of Oxford, is one of the world’s most renowned historians of Early Modern times. She has authored trailblazing studies on social, gender, and psychological history as well as the history of the body; they stand out for their theoretical acumen, masterful command of an impressive wealth of source materials, and their superb prose. In her research on the Age of the Reformation, Lyndal Roper has developed a completely new way of conceptualizing the relations between religions and the social order. Her studies on witchcraft and the persecution of witches mark the emphatic transition in the history of research from women’s history to gender history. Her most recent studies on Martin Luther’s biography, which are driven by a history of physicality, will no doubt strongly influence debates on the Reformation leader in Luther Year 2017. Lyndal Roper, whose work impacts well beyond thinking on the Early Modern epoch, is one of the towering figures in international historiography.”

The Gerda Henkel Prize is awarded to excellent and internationally acclaimed researchers who have demonstrated outstanding scholarly achievement in the disciplines and funding areas supported by the Foundation and can be expected to continue to do so. The selection process for the Gerda Henkel Prize 2016 involved 123 nominators in 34 different countries, with 112 different nominations received. Past Prize winners include art historian Prof. Martin Warnke, sociologist and cultural historian Prof. Richard Sennett, Islam studies expert Prof. Gudrun Krämer, historian Prof. Jürgen Osterhammel and Egyptologist Prof. Stephan Seidlmayer (www.gerda-henkel-stiftung.de/prize).