The more you can bring your own personality and interests into your degree, the more you will enjoy it

Luise Luetcke studied History at Christ Church. When she graduated in June 2017, she was awarded the Richard Cobb prize for the best thesis in European History. Her thesis was supervised by Professor Paul Betts on the subject of children’s television in the German Democratic Republic.

Like climbing a mountain. Like running a marathon. Pick your cliché; it probably applies to writing the ‘thesis from original research’ that lurks in your to-do list from sometime in your second year summer, so easy to ignore until your tutor suddenly asks for an idea, or worse, an argument. 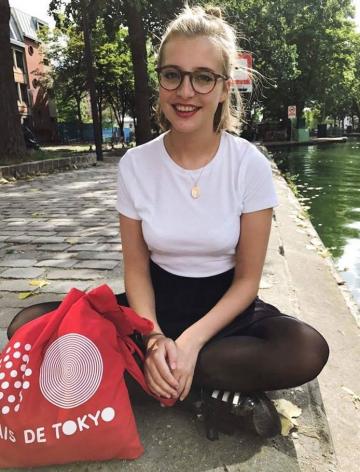 For me it was like the film ‘Freaky Friday’. I was in a body that was expected to write things, to bring them to my supervisor for advice and eventually to hand them in in a large brown envelope addressed to the Chair of Examiners. When opened and read, this would show what I really was: a 22-year-old girl who had wasted too little of her own time and too much of other people’s writing 12,000 words about a TV show that is the German equivalent of cbeebies.

I was not alone in doubting my idea. When I told my German mother she nervously asked me if I was sure. The kind but intimidating man in the television archive in Berlin warned me that I was unlikely to find anything helpful. But our head tutor at Christ Church had given us one piece of advice I was determined to follow: choose something you are actually interested in, and if you stick with it you will make it work. Later, as I read more books and articles about German children’s television than I had ever read about anything before, I was very, very glad that I had.

My topic was inspired by a scene in Goodbye Lenin. At the end of the film, the East German protagonist meets his West German half-siblings for the first time after the fall of the Berlin Wall and German reunification. It’s awkward. But then they sit down together and watch the ‘Sandmännchen’, a children’s goodnight show made in East Germany but adopted by the West after reunification. They begin to discover their common ground. I found this interesting. Television was a medium that was able to cross the Wall. But how was it possible that a show designed to teach East German children how to be good socialists appealed to West German children too? 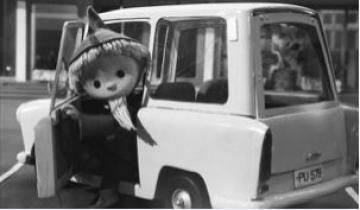 The plan was to research state control of television and how this shaped East German programming. At the end of second year summer, I flew to Berlin and spent a week or two in the depressing German National Archive (an ex-Hitler Youth camp – you could tell) and the more friendly Television Archive. Having thus far only read one book, I had no idea where to begin. I looked for letters, directions, and censorship. As the archive man had told me, I found little of help. So (after panicking a bit) I changed my approach and took on a much smaller task: contrasting the actual scripts for the television segments from 1961 and 1989. By making my archive research simpler, the whole thing became easier. Somehow, bit-by-bit, it began to come together. This happened much later than I thought or hoped (and much later than for some of my friends), but it did happen – and towards the end I did genuinely begin to enjoy it!

My supervisor, throughout, was unbelievably helpful. He told me which archives to write to. He always had time for a coffee to discuss ideas and recommended lots of interesting reading to develop them. He put up with many missed deadlines and shockingly bad first drafts. He let me do my own thing, which though very scary was also helpful and taught me a lot. Most importantly, he took me seriously, which gave me the self-belief I needed to carry on!

What I didn’t realise is how much it would change the way I worked. It definitely made me think more ‘like a historian’, and both reading for and writing essays became a lot easier. It had taught me to look for the right things, and how to argue – both very helpful when it came to exams. From having been one hundred per cent certain I was not cut out to do a Masters, I am now considering going back for one in a few years’ time. For now, doing a law conversion to be a corporate lawyer is about as far away from the world of children’s television as possible!

My main piece of advice not only for the thesis but for anyone interested in history would be to echo my tutor: do what you want! The more you can bring your own personality and interests into your degree, the more you will enjoy it. Anything can ‘count as’ history, and all of the most thought-provoking books and articles I read during my degree were those where someone looked where no one had before.

Luise was inspired by historical films in the initial stages of planning her thesis. Historical films are good entry points for expanding your interest and knowledge of areas of history, beyond your schoolwork. It can be interesting to think about the similarities and differences between the work of film-makers and the work of historians in creatively constructing narratives from the past. For other films on the Cold War, Luise would recommend 1, 2, 3 which gives an insight into people’s attitudes now versus at the time.