Joseph Gascoigne grew up in and went to a comprehensive secondary in Peterborough, Cambridgeshire. Between 2014 and 2017 he studied History at Keble College, and on graduating was awarded the Herbert Prize for the best thesis in Colonial History. Joseph’s thesis looked at the formation of working-class consciousness in colonial Antigua, in the Caribbean, and was supervised by doctoral student Kathryn Olivarius, as well as Dr Maria Misra, Keble College.

Antigua is a small, mysterious, and beautiful island in the Eastern Caribbean where several members of my family live and work. This means I have visited it many times, and on each occasion I have been stuck by the complexity and the vibrancy of its culture, its heritage, and its history. Antigua is an old sugar colony which gained independence from Britain less than 40 years ago, and since then it has been mired in scandal and controversy, often surrounding its charismatic political leader, Vere Cornwall Bird. V C Bird was the man who led Antigua to independence through a mixture of working-class agitation, race-based anti-colonialism, nationalism, and spiritualism. Everywhere you go in Antigua there is a strong legacy of V C Bird, from street names to monuments, and all Antiguans know his name and respect (if not admire) what he did. I found this fascinating, not least because it was so unusual in the Caribbean, where other anti-colonialists were often middle-class or English-educated or cooperated with other leaders. Bird was different – he singlehandedly led Antigua to throw off the hegemony of the British Empire and utterly dominated the social and political life of the new nation for decades. How? That was what intrigued me and continues to interest me. Irritatingly there is very little history written about Antigua, so there was a big hole to be filled in colonial history and this further motivated me to base my thesis on this topic – this was good actually because your thesis should be an original idea and hope to fill some historical void. 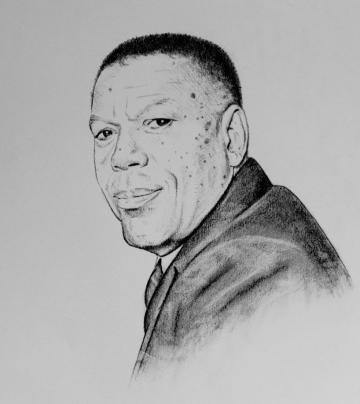 When it came to research I was able to do some first-hand primary research in Antigua itself. Initially, this meant getting a general feel for the place and for the legacy of V C Bird by talking to people and generally looking around. Subsequently, I e-mailed the newly redeveloped national archive in Antigua and was able to spend some time there reading through old newspapers and party magazines. Not only did this this give me valuable and near-unique insight into contemporary politics in Antigua, it was also something of a young historian’s dream – to be alone and surrounded by piles and piles of poorly managed but well preserved resources, each giving intriguing, surprising, and sometimes hilarious insight. Of course, I was really lucky to be able to do that and couldn’t have if I didn’t have family living there because flights to the Caribbean are not cheap! But equally valuable to me was the primary resources held in England, and in particular, in the Bodleian library in Oxford itself. The Bod (student speak for the Bodleian) is the most well resourced, organised, and diverse library a history student could wish to use. One hundred meters from my bedroom, I was able to read Antiguan political party manifestos from the 1960s, study incredibly rare collections of poems, surveys by colonial officers from the 1920s, and minutes of cabinet meetings. On top of this there was the British Library in London and the National Archives at Kew which house all the colonial papers and are free to use and  cheap and easy to get to from Oxford. In the end, even though modern Antigua is quite an obscure topic, I found I had access to more resources than I could hope to use for one thesis – and that was just the primary research! Secondary research in Oxford could not be easier thanks to the Bod, the college libraries, and to its online services and resources which mean you can identify, locate, and even read whole books from your bed.

Academically speaking the thesis was by far the best part of my degree. It enabled me to fully immerse myself in a topic of history that I had not only chosen, but had designed to make suit my interests, my ignorances, and my abilities. The History degree at Oxford is so wonderfully and uniquely varied and specialised that you are always studying something that fascinates you personally, but with the thesis you are wholly responsible for your studies – which was both a little frightening and incredibly exciting. As a result, one can find oneself in some bizarre and wonderful places; in pursuit of their thesis, fellow students of mine have gone to India to sample hundreds of kinds of curry, have experimented with witchcraft, have studied dinosaur fossils, and delved into the world of London gay clubs! This is the whole point of the thesis – to use the skills, resources, and connections you’ve developed through first and second years to create a genuine and ground-breaking piece of history.

Since graduating, I have been working in a secondary school with sixth-form students to help them make their post-18 choices and prepare for what lies beyond A-levels (especially with a view to getting them into Oxford and the other place(s)!) Additionally, I am developing my research into Antiguan political history, specifically looking in to the role of spiritualism in anti-colonial movements across the eastern Caribbean. So if you want to know any more about Antigua, History at Oxford, or either history or Oxford in general, do get in touch!

To find out a bit more on Vere Cornwall Bird and the history of Antigua’s colonial past, try visiting here.

More information on the collections held by the Bodleian Library, a Library used at multiple stages throughout Joseph’s thesis, can be found here. Here, there is lots of information on upcoming exhibitions, where you can see many of the amazing books, manuscripts, and resources that are available to students at Oxford.