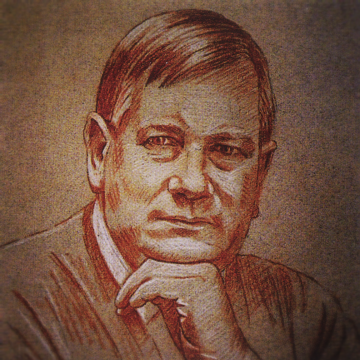 The History Faculty is sad to announce the passing of Jeremy Catto, who died on Friday 17 August.

A Tutorial Tellow in Medieval History at Oriel from 1970 until his retirement in 2006, Jeremy’s contributions to all facets of college life were considerable. He was a member of Oriel’s Governing Body and held a variety of posts there, including Senior Dean, Vice Provost, Steward of the Common Room and Editor of the Oriel College Record. He was also a very active member of the Faculty and served notably as Director of Graduate Studies. In addition, his influence also extended into the wider reaches of University life through the Oxford Union, where he was a senior officer for 30 years.

Jeremy was a remarkably insightful historian of later medieval religion and intellectual culture, and wrote a large number of brilliant essays in this area, as well as editing the late medieval volume of the History of the University of Oxford. He opened up fresh vistas on apparently sleepy and hitherto-unrecognised topics, from the ‘triumph of the hall’ in fifteenth-century Oxford, to the writing of memoranda by Lancastrian civil servants.

Above all, he was a kind and generous tutor and supervisor, an encourager of the young, and a good friend to very many people both within the University and in the wider world.  He will be very sadly missed.

Read an Obituary, published in the Telegraph here.

How I made a remarkable discovery in LGBT history - by mistake!

Tuesday 11 February
Listeners to Radio 4's Today Programme will have heard Eamonn O'Keeffe, a doctoral student in the Faculty of History, explaining a new discovery.