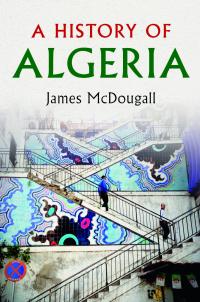 Covering a period of five hundred years, from the arrival of the Ottomans to the aftermath of the Arab uprisings, James McDougall presents an expansive new account of the modern history of Africa's largest country. Drawing on substantial new scholarship and over a decade of research, McDougall places Algerian society at the centre of the story, tracing the continuities and the resilience of Algeria's people and their cultures through the dramatic changes and crises that have marked the country. Whether examining the emergence of the Ottoman viceroyalty in the early modern Mediterranean, the 130 years of French colonial rule and the revolutionary war of independence, the Third World nation-building of the 1960s and 1970s, or the terrible violence of the 1990s, this book will appeal to a wide variety of readers in African and Middle Eastern history and politics, as well as those concerned with the wider affairs of the Mediterranean.