Being invited to the interview means the admissions tutors have recognised something in you, and already think you are suited to History at Oxford. 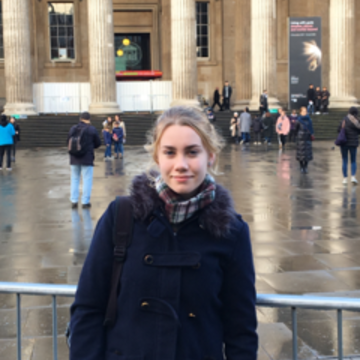 Lara Garrett read History at Mansfield College, graduating with a First in summer 2020. She is from Marple, Greater Manchester, where she attended a state comprehensive.

The interview stage at Oxford is daunting for all applicants. However, it is particularly intimidating for state-educated students, coming from schools which often have little (or no) experience of getting pupils into Oxbridge. This was my position when I was applying, and while I was very fortunate in having a fantastic history teacher who helped me with my application, I still felt unsure about what to expect at my interview. I worried that I would be less prepared than those from schools used to sending students to Oxford. Since so much mystique surrounds Oxford interviews, here are five pieces of advice which I hope help to demystify the process and provide reassurance that you are entirely capable of succeeding!

This may sound obvious, but is nonetheless worth stating since it really is vital. There is a tendency to fear you might have random questions thrown at you, in order to catch you off guard. Yet this is not the case: your interviewers want to get the best out of you, not to trip you up. You are therefore likely to be asked some questions tailored towards the historical interests you discussed in your personal statement and submitted essay. Before your interview, ensure you re-read and reflect critically on your written application.

Your interviewers are far more interested in the way you think than the extent of your knowledge - the latter can always be acquired, while the former is a better indicator of your aptitude to succeed as a historian at Oxford. I say this because I spent so much time before my own interview trying to get to grips with various historiographical turns, only to find I did not require any of this knowledge. This is not to say you shouldn’t prepare for the interviews, but don’t cram for them. Rather, push yourself to think a bit more deeply and critically about the material you encounter in your History A-Level and wider reading. Reflect, perhaps, on the sources a historian is using: do you think these sources are appropriate for the research question, and why? Do the limitations of the sources leave certain questions unanswered, and how might you go about answering them? Consider the different methods historians use, and whether you feel some lead to more convincing arguments than others. In this way, work on honing your reasoning and analytical skills through historical works you are already reading. Doing A-Levels is stressful enough without trying to cram in tonnes of extra study!

When you’re asked a question, it’s natural to feel you need to immediately provide the answer. However, rather than making a rash, insupportable claim, it is much better to think through the question properly and arrive at a considered response. (On this note, a tip I was recently given for interviews is to always have some water to hand; when you need to pause and gather your thoughts, simply take a drink of water.) When answering a question, guide the interviewers clearly through your reasoning - how you arrive at an answer is often more important than the answer itself, so be sure to demonstrate your thinking out loud. And if unclear about a question, don’t be afraid to ask for clarification. Doing so will not count against you, and in many ways illustrates close and careful engagement.

The same applies if you are given a written text to read, either before or during your interview. Don’t panic, rather take the time to read it through carefully, and read it again if this is helpful. Consider it critically, from various angles. Talk the interviewer through your thoughts, asking for clarification about certain aspects if necessary.

4.    Try to see it as a conversation, not an interview

An Oxford interview is not like a standard job interview, where you’re expected to talk about yourself and provide examples illustrating how your experience equips you for the job; certain conventions, like always ending with a question, simply do not apply. Instead, an Oxford interview is similar to the tutorials that characterise Oxford’s teaching system. In essence, a tutorial is just an academic discussion between a tutor and one or two students, framed around students’ weekly essays yet also delving deeper into the topic to think more critically about it. In much the same way, the interview is a conversation between you and a couple of tutors, in which you are encouraged to think about certain themes (perhaps questions which emerged from your written application, or from a text you’ve been given) more broadly and deeply. It is, in truth, a great opportunity to dig into the subject you love, and - weird as this sounds - try as much as possible to relax and enjoy the discussion.

Take courage from the fact that you’ve come this far. That’s an incredible achievement in itself, and a strong indication of your intellectual ability. Being invited to the interview means the admissions tutors have recognised something in you, and already think you are suited to History at Oxford. Use this knowledge to reassure yourself that you are entirely capable of succeeding at the interview - which remember is only one element of the admissions process, not the be-all and end-all. So just try to relax, keep a clear head, and know you’ve already excelled at the other stages of your application.

And finally, very best of luck!

Official Univeristy of Oxford guidance for the 2020 online interviews can be found here.

For Faculty of History advice and guidance please see the interview section on our 'How to apply' pages where you can also find a video of an example interview filmed using Microsift Teams.