Ida Toth & Teresa Shawcross (eds.) - Reading in the Byzantine Empire and Beyond (CUP, 2018) 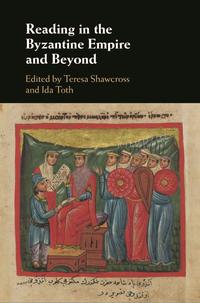 Offering a comprehensive introduction to the history of books, readers and reading in the Byzantine Empire and its sphere of influence, this volume addresses a paradox. Advanced literacy was rare among imperial citizens, being restricted by gender and class. Yet the state's economic, religious and political institutions insisted on the fundamental importance of the written record. Starting from the materiality of codices, documents and inscriptions, the volume's contributors draw attention to the evidence for a range of interactions with texts. They examine the role of authors, compilers and scribes. They look at practices such as the close perusal of texts in order to produce excerpts, notes, commentaries and editions. But they also analyse the social implications of the constant intersection of writing with both image and speech. Showcasing current methodological approaches, this collection of essays aims to place a discussion of Byzantium within the mainstream of medieval textual studies.