I am the furthest thing from a typical Oxford student – and yet here I am!

Esin Akdogan has just finished her first year studying history at Mansfield College and writes about her experiences as an Oxford student. 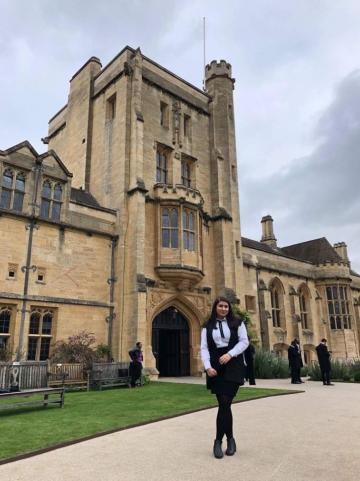 Ethnic minority. Working class. First-generation. From a state-comprehensive. I am by no means your traditional Oxford student – and yet here I am! My journey here probably isn’t the most thrilling, but I stand as the only person ever to have received an offer from Oxbridge from my school. So, if I have a standing chance, then I can guarantee that a lot of people do.

You may have already heard from the many news outlets that Oxford is under scrutiny (and rightfully so) for its lack of diversity. Oxford has so much more to do before it can call itself diverse, but schools also have some work to do; and that, I think, starts with changing perceptions about Oxford. Oxford is for anyone who has passion for their subject, and the aptitude to study it here. It is not, however, for anyone who went to the ‘right school’ or has the right connections. I am one of the lucky few to be able to say that my school encouraged me to apply and had faith in me to help me along the process. But it’s really disheartening to hear that there are students here who didn’t have that support system. So many people I know didn’t apply to Oxford or Cambridge because they thought it would be a waste of an application for a university they “knew” they’d get rejected by.

For anyone considering applying, I would highly recommend going on one of the many summer schools Oxford hosts. If you’re worried about having to do more work in the short holiday that you do get, you’d be happy to know that they make a real effort to make it fun, by organising trips to the famous ice cream shop, G&D’s, and going to the Oxford Union to see first-hand where all the action takes place. It is without a doubt the closest experience you will get to being an Oxford student, so you know what you’re really getting in for if you do apply.

I got my first taste of ‘Oxford’ when I took part in a humanities programme run by Pembroke College, which ran throughout year 12, with seminars in the City of London in the winter and a summer school to end it. I cannot stress enough just how useful it was, particularly during the university application process! The texts we were set as reading for the seminars were way beyond my grasp, and they were very different to anything we would be expected to do at school; likewise, the essay we were set at the summer school was more challenging than anything we did at AS level. But this was what made the whole programme so worthwhile, it meant that I knew exactly what to expect when I came to Oxford. 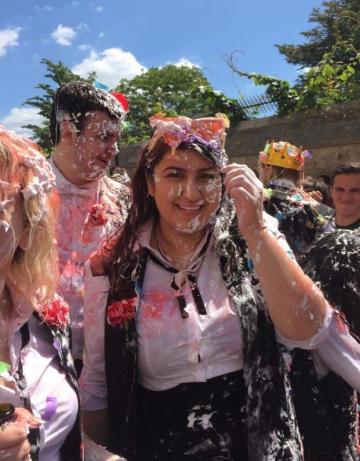 Historians are incredibly lucky with the amount of freedom they get over their degrees. While some of my friends doing other degrees have just compulsory papers until their final year, the historians get to pick their options for the next two terms before they even arrive in fresher’s week! You can complete your entire degree here without having done a one single paper the same as someone else on your course which I think is telling of just how much options there are here. Considering the degree is quite intense, it’s nice knowing you can study papers you know you will actually enjoy, rather than being forced to do a generic, compulsory paper that everyone complains about.

My week at Oxford is pretty much shaped around my essay deadline. The first couple of days consist of gathering books and articles from the various libraries dotted around the city to then reading them for the following few days. Some weeks are particularly interesting, for example, in my final term, I really enjoyed answering the question ‘Was 1919 a White man’s peace?’ for my optional subject on ‘1919: Remaking the World’; and other weeks you will discover that that topic simply isn’t for you. Those weeks are, unsurprisingly, the weeks most students get to experience their first all-nighters; but hopefully, if you manage your time right, you will find that you’re doing less and less of them as the year progresses.

Coming to Oxford is one of the best decisions I have ever made, and that is the case for everyone else I have met here. If you have the slightest doubt in your mind about applying: DON’T DOUBT IT! You have five applications to make on UCAS, which may seem like nothing when you’re applying but it is more than enough if you apply you the right places. Oxford may very well have a place for you, and the only way you can find that out is if you apply.