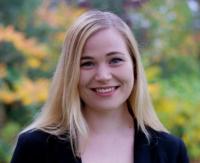 Harriet Aldrich, an AHRC-funded PhD student at St Hugh’s College, has been awarded the prestigious Harry Hodson Prize of The Round Table journal for an essay on ‘The Commonwealth, Apartheid, and the role of Micro-states’. The essay will be published in The Round Table in due course.

Harriet is currently working on a thesis entitled ‘The Condition of Exile: Ghanaian Exile Networks and Competing Nationalisms, 1957-1993’. She is also co-organising a conference at Magdalene College, Cambridge, entitled ‘The Commonwealth Effect’, which aspires to reframe the Commonwealth by encouraging fresh explorations of its influence on the global arena from a variety of national and regional perspectives.

The Harry Hodson Prize is an annual prize for an essay on some aspect of the modern and/or contemporary Commonwealth, and is open to anyone aged 30 years or younger as on 31 December of the year in which the essay is submitted.  The prize was instituted in memory of Henry Vincent (Harry) Hodson (1906-1999), a member of the editorial board of The Round Table from 1930 to 1999, and editor from 1934 to 1939. In a long and varied career he was assistant editor (1946-50) then editor (1950-61) of The Sunday Times before becoming the first provost of Ditchley and director of the Ditchley Foundation (1961-71). He was later editor of The Annual Register (1973-88).