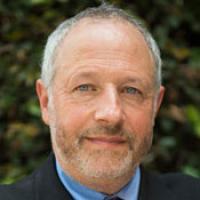 The Faculty of History are happy to announce that Prof. Peter C. Mancall has been elected as the Harmsworth Visiting Professorship 2019-20.

Peter C. Mancall is Andrew W. Mellon Professor of the Humanities, Professor of History and Anthropology, Linda and Harlan Martens Director of the USC-Huntington Early Modern Studies Institute, and Divisional Dean for the Humanities at the USC Dornsife College of Letters, Arts, and Sciences. His research focuses on the history of early America, the early modern Atlantic world, the history of medicine, environmental history, and Native American history. He has written six books and edited fifteen others. His books include FATAL JOURNEY: THE FINAL EXPEDITION OF HENRY HUDSON—A TALE OF MUTINY AND MURDER IN THE ARCTIC (Basic Books, 2009), HAKLUYT’S PROMISE: AN ELIZABETHAN’S OBESESSION FOR AN ENGLISH AMERICA (Yale University Press, 2007), and, most recently, NATURE AND CULTURE IN THE EARLY MODERN ATLANTIC, published by the University of Pennsylvania Press in 2018. His next book, THE TRIALS OF THOMAS MORTON, will be published by Yale in fall 2019. He is currently writing “American Origins,” which will be volume one of the Oxford History of the United States. In the 2019-2020 academic year, he will be the Harmsworth Professor of American History at Oxford University. 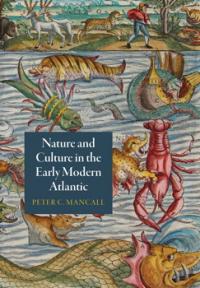 My newest book, NATURE AND CULTURE IN THE EARLY MODERN ATLANTIC, published by the University of Pennsylvania Press in early 2018, began as the Mellon Distinguished Lectures that I gave at the University of Pennsylvania in 2012.  The book concentrates on the sixteenth-century Atlantic basin.  I pay particular attention to the way that environmental historians (and others, I hope) can use visual images and indigenous (American) oral history to expand our understanding of human/nature relations at the dawn of the modern era.

My next book, THE TRIALS OF THOMAS MORTON, should appear with Yale University Press shortly before the start of my term as the Harmsworth Professor.  This book analyzes an English writer named Thomas Morton, who was exiled three times from New England—once from Plymouth Colony and twice from Massachusetts.  In 1637, when he was back in England during his second exile, he wrote a book entitled New English Canaan, which is not widely read anymore but offered an early critique of the Pilgrims and Puritans who settled in New England in the 1620s and 1630s.  In this book, I try to piece together Morton’s life and suggest ways that his view of what he observed can change the way we understand the English colonization of North America.   The title comes from the fact that Morton was a lawyer and he used his legal training to try to have the charter of Massachusetts Bay returned, an act that would have undermined the colony.

I am currently writing a book called AMERICAN ORIGINS, which is scheduled to be volume one of the Oxford History of the United States.  In this book, I analyze much of North America, including territory that did not become part of the United States, in the centuries leading up to c. 1680.  My book ends with the near-simultaneous Pueblo Revolt in New Mexico and the arrival of William Penn in the east.  During my year in Oxford I will be continuing work on this book.  I plan to have a complete draft before I start the Harmsworth post.