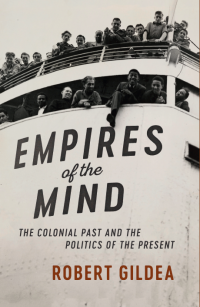 'The empires of the future would be the empires of the mind' declared Churchill in 1943, envisaging universal empires living in peaceful harmony. Robert Gildea exposes instead the brutal realities of decolonisation and neo-colonialism which have shaped the postwar world. Even after the rush of French and British decolonisation in the 1960s, the strings of economic and military power too often remained in the hands of the former colonial powers. The more empire appears to have declined and fallen, the more a fantasy of empire has been conjured up as a model for projecting power onto the world stage and legitimised colonialist intervention in Afghanistan, Iraq, and Syria. This aggression, along with the imposition of colonial hierarchies in metropolitan society, has excluded, alienated and even radicalised immigrant populations. Meanwhile, nostalgia for empire has bedevilled relations with Europe and played a large part in explaining Brexit.