Lauren Sutcliffe studied History and Politics at University College. In 2018, she was awarded the Wylie Prize for the best thesis in American history. Her thesis studied a small group of American evangelicals who defied convention by combining their fundamentalist faith with New Left-inspired radical politics in the 1970s. By recovering their history, Lauren was able to disrupt the conventional narrative of the decade as one of increasing religious conservatism culminating in the rise of the Religious Right. 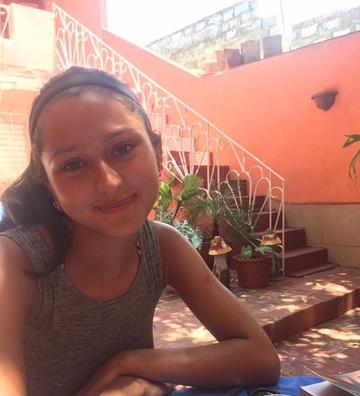 The process of choosing a topic for your thesis is difficult. By the time you come to decide, you will have studied a range of history papers – in my case, ranging from 1330 to end of the Cold War. It is hard to narrow down your varied interests to a specific place, period and question. To give you some insight into what this tricky process might look like, I will explain how I – a non-religious, non-American student – came to write about progressive evangelicals in the United States.

In second-year, I chose a paper on American history. To my surprise the essay question I enjoyed answering most was ‘Why did the Religious Right gain popularity in the late 1970s?’ I was fascinated by how, immediately following the seismic changes of 1960s, countless Americans began to embrace political and religious conservatism. For two interesting portrayals of this shift, see Godfrey Hodgson The World Turned the Right Side Up or Bruce J. Schulman, The Seventies. During your degree there will be many intriguing historical events, like this one, that will continue to interest you long after you’ve finished your essay. I really recommend writing them down, as one of them could well form the basis of your thesis.

When you write your thesis, you want to be able to say something that hasn’t already been said before. To find out what was missing from histories of the Religious Right, I consulted a site called ‘Oxford Bibliographies’. This site has compiled hundreds of literature reviews (a summary of what has already been written on the topic) in a searchable database. I would definitely recommend a search of the site as a starting point for anyone embarking on a research project. The literature review I found suggested that future studies should consider shifting the focus away from the Religious Right (which has received plenty of historians’ attention) to a lesser-known but similarly remarkable movement: the evangelical left.

When I read this, I knew immediately that I had found my topic. The specific question I had settled on was why the evangelical left chose to oppose the Vietnam War, when it was customary for members of their religion to uncritically support American militarism. I quickly read what had been written on these anti-war evangelicals. If you want to find out more, check out these two books: David R. Swartz’s Moral Minority and Brantley W. Gasaway, Progressive Evangelicals. My supervisor, Professor Gareth Davies, then provided reading suggestions on other useful contexts including the secular anti-Vietnam War movement and history of American evangelicalism. 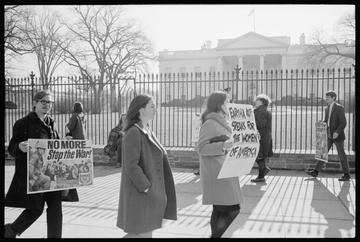 The next step was primary research. I choose to study two groups in particular: Evangelicals for Social Action (ESA) and the Post-Americans. The archival sources for both groups were located at the Billy Graham Centre Archives, near Chicago. I was lucky enough to be able to travel there in the summer of my second-year, using money provided by my college. The long holidays at Oxford provide plenty of time to visit archives and I cannot recommend the experience enough. There are so many exciting sources to be found – a handwritten note, a scribble in a margin or an unpublished draft – and these may well prove essential to your thesis.

I never predicted, before coming to Oxford, that a small group of American evangelicals would be the subject of my undergraduate dissertation. However, there was a logic behind my choice. During my degree, I was always most interested in individuals and groups whose ideas defied the status quo, but whose impact had gone unrecognised by historians. There are countless similar stories to mine of those who, for various reasons, were minorities in their respective societies and whose stories are yet to be told. When you come to write your dissertation, you will be in a unique position to change this. If this is something that appeals to you, I strongly encourage you to study history at university.

I really enjoyed the experience of writing my dissertation and in a small but significant way, rewriting history. I subsequently decided to apply for a masters in Political Thought and Intellectual History at Cambridge. As a student on this course, you are given to freedom to examine, in context, ideas you find interesting from the past, whether that’s the better-known socialism of Karl Marx or, in my case, the lesser-known black radicalism of Steve Biko - an anti-apartheid activist, author of I Write What I Like and the subject of my next dissertation.