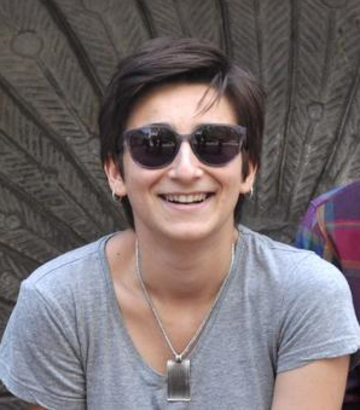 The Faculty of History is pleased to annouce that Dr Mirela Ivanova who has been chosen as one of this year's New Generation Thinkers.

Dr Ivanova is a cultural historian of Eastern Europe in the premodern world. Her work explores what tools communities used to define themselves in the past, and how these definitions resonate in the contemporary history of Eastern Europe. She is particularly interested in moments of transmission and displacement, whether across languages or political cultures, and how such moments can reveal the tensions inherent in communities and their perceptions of themselves.

Every year, BBC Radio 3 and the Arts and Humanities Research Council (AHRC) hold a nationwide search for academics with game changing ideas that will resonate with a wide audience.

The New Generation Thinkers are given the prestigious opportunity to communicate their research on BBC radio and television. They also have unique access to training and support from AHRC and the BBC.

The New Generation Thinkers have been chosen for their ability to communicate complex ideas and change the way we think. This year’s cohort will share their research into important issues such as how we remember British history and the role that art must play in informing political policy.

The 2021 New Generation Thinkers will also explain how punctuation has determined the course of global history and share insights into the influence of colonial migration on classic literature.

Find out more about the New Generation Thinkers scheme.