Does Democracy Have a History? 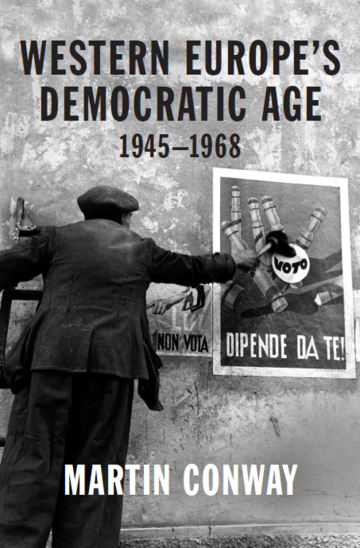 The idea that democracy might have a history is one that has only emerged recently in how we think about contemporary Europe. For much of the second half of the twentieth century, democracy seemed like the historical terminus at which Western Europe had arrived in 1945, and towards which the rusting Socialist regimes of central and eastern Europe were remorselessly headed. After the ideological conflicts generated by the revolutions of the nineteenth century, and the murderous impact of the wars of the first half of the twentieth century, Europe, it seemed, had finally discovered a political formula capable of resolving its conflicts, and through which it could express its modern identity.

And yet, very soon after the apparent triumph of democracy in 1989, this account of the twentieth century began to change. The wars in the former Yugoslavia, the terrorist attacks that followed 9/11, and the authoritarian drift of politics in some European states after the economic crash of 2008–9, all indicated that European history had not so much ended, as had taken a new turn. Perceptions of democracy too changed. Instead of a point of consensus, it became the focus of intense disputes between different conceptions of democracy – European or emphatically national, technocratic and market-oriented, or more direct and populist. These disputes were reflected in the volatile electoral politics of Europe: old parties disappeared while new ones emerged, often focused on individual leaders who claimed to speak for the people against the political elites. Rather than arriving in democracy, the Europe of the twentieth-first century, it seems, risks returning one hundred years later to the political conflicts of the Weimar Republic.

My new book is intended as a contribution to this historical understanding of democracy. It tries to explain the sudden ascendancy after 1945 of a common model of democracy across most of the western half of Europe, from Norway to Sicily. Whereas formerly democracy had been associated with political conflict and executive weakness, democracy rapidly became part of a new world of managed political conflicts and stable coalition governments. There were of course exceptions, most notably the chaos which descended on France in 1958, and which led to the creation of the distinctly presidential Fifth Republic. But within the twenty-year period following the end of the war, the states of Western Europe effectively underwent a rapid transition to democracy. Alternatives to the political status quo were hard to find. The extreme right had effectively been expelled to a marginal fringe; and, while Communist parties remained an influential presence, notably in France and Italy, they were less a revolutionary challenge than contenders for political power within national and more especially local government.

There were several reasons for this democratic ascendancy. The Cold War – and more especially the disciplining influence of the Atlantic alliance – had much to do with it, as did the lessons learned from the war years, and subsequent Soviet oppression in the eastern half of Europe. But this transformation in politics was above all the consequence of changes which occurred within Western Europe. Rulers found new benefits in democratic ways of doing government. Political leaders embraced the predictability of sharing power, rather than trying to defeat (or imprison) their opponents, while younger state officials developed models of planning and welfare provision which associated trade unions, employers, and myriad other lobby groups, with the process of government. And citizens too changed. The ideological worldviews of left and right which had held such appeal for many voters and communities during the preceding decades were replaced by a more personal and individual relationship with politics. Citizens – including the newly enfranchised women in a number of European states – were less interested in how they could bring about radical change than in how they could use the leverage provided by democratic politics to secure benefits for themselves, their families, and their communities. Politics consequently lost something of its former passion, but also became more democratic in temperament.

As a model of democratic politics, this worked remarkably well for roughly twenty-five years until the end of the 1960s when it was challenged with increasing vehemence by a wide range of social groups – students, workers, women, environmental activists – who rejected the too formal rules of its political order. But that too is a consequence of the historicisation of democracy. The limited democratic structures which had enjoyed such success after 1945 were no longer well suited to the more assertive and diverse European societies of the later twentieth century. There may be elements we would regret in the passing of this former democratic age, but democracy is not a single phenomenon. It is a series of different historical models; and the democracies of the past are not the solution to the problems of our present.

Ireland, Empire and the Early Modern World: this year's Ford Lectures to start on Friday