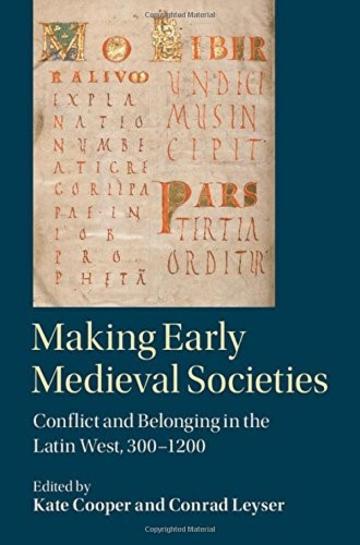 “Making Early Medieval Societies explores a fundamental question: what held the small- and large-scale communities of the late Roman and early medieval West together, at a time when the world seemed to be falling apart? Historians and anthropologists have traditionally asked parallel questions about the rise and fall of empires and how societies create a sense of belonging and social order in the absence of strong governmental institutions. This book draws on classic and more recent anthropologists' work to consider dispute settlement and conflict management during and after the end of the Roman Empire. Contributions range across the internecine rivalries of late Roman bishops, the marital disputes of warrior kings, and the tension between religious leaders and the unruly crowds in western Europe after the first millennium - all considering the mechanisms through which conflict could be harnessed as a force for social stability or an engine for social change.”