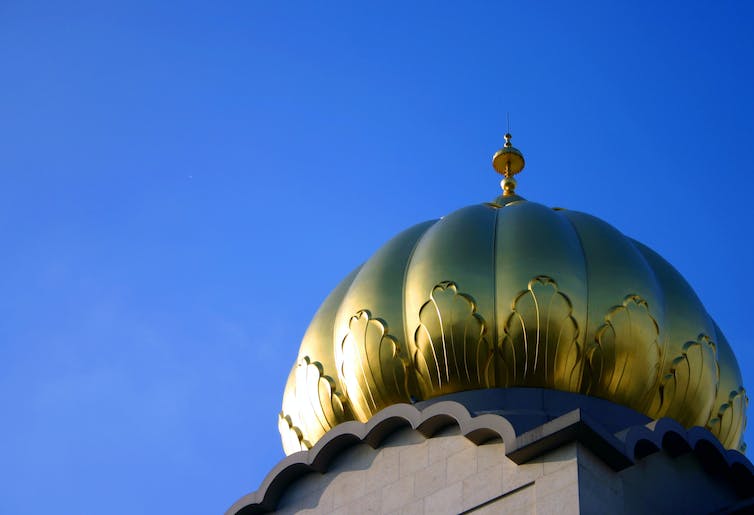 Addressing the legacies of colonialism and slavery has been a prominent narrative throughout 2020. A number of calls to recognise, remove, rename, repatriate, and redress have underlined the extent to which Britain’s history of slavery and colonial exploitation are woven into, and layered over, the built environment.

One such call has made a breakthrough. On November 25, Ealing Council in London’s west London officially announced that it was renaming Havelock Road in Southall. It is one of the dozens of places around the world named after one of Britain’s most prominent military leaders in colonial India. Havelock Road will now become Guru Nanak Road, after the founder of the Sikh faith.

The London suburb of Southall, in which three-quarters of the local population are of South Asian descent, is home to one of the largest Sikh communities outside India. On Havelock Road, itself is Europe’s largest Sikh temple, the Sri Guru Singh Sabha Gurdwara.

What’s in a name?

Responding to Britain’s post-war recruitment drive across the empire and Commonwealth, thousands of Sikh immigrants sought jobs in Southall’s factories from the 1950s. This move followed the independence and partition of India, in which the Radcliffe Line split Punjab in two. This was a traumatic and dislocating experience for inhabitants of the region, which had a profound and enduring impact on the South Asian diaspora.

Life for the growing immigrant communities of London’s “Little India” was by no means easy. Intense racism led to murders, street fights, and unrest on the streets of Southall, particularly in the 1970-80s. By the early 2000s, the socio-economic status of Southall’s Sikhs had considerably improved and films such as Bend it Like Beckham further increased the area’s visibility. But inequality, marginalisation, and discrimination in many ways endure.

The member of parliament in Southall, Virendra Sharma, was born in Punjab four months before the British partitioned and left India in 1947. Sharma emigrated to West London in the 1960s, becoming a councillor in 1982 and MP for Ealing Southall in 2007. Talking in a recent video about campaigning in the 1980s, he said: “I have often been ashamed [that] the names of empire still pervade our streets,” adding that “names like Havelock belong in books, classrooms and museums, not on the streets to be celebrated”.

Also commemorated with a statue in Trafalgar Square, Henry Havelock was a distinguished East India Company general. He became famous for his brutal suppression of the 1857 Indian Rebellion at Kanpur, Uttar Pradesh. Before this, however, he had battled the Sikhs in the First Anglo-Sikh War (1845-46), which culminated in the British annexing a large swathe of Punjabi territory.

The decision to change the name followed a process of consultation which responded to the mayor of London’s announcement, in June this year, to appoint a commission to review and improve the diversity of community representation across London’s public memorials. Ealing Council’s consultation resulted in a small majority favouring the renaming, though overall response rates were low.

One of Henry Havelock’s descendants, Emily McKenzie, welcomed the news. “This makes me really happy,” she wrote. “My ancestor’s story will always be part of British history, but his living relatives have a much different view on the world and are very happy to celebrate Sikh influences and culture in the UK.”

The announcement of the change at Havelock Road has, however, not been universally welcomed. Much of the backlash argues it’s the result of “political correctness” and constitutes an “erasure of history”. One person tweeted: “What a load of nonsense. What if we went to India and started changing their street names.” Unsurprisingly, Twitter users responded in their hundreds to this reactionary colonial amnesia, including many people from India where countless place names were Anglicised, or changed entirely, over more than three centuries.

Urban environments in the colonised world, and the imperial centre, both reflected – and were tools of – colonisation. Civic spaces symbolised the power of the state, its development prowess, civilising mission, and, ultimately, the supposed superiority of the coloniser. The current resistance to addressing legacies of imperialism reflects an enduring and even growing feeling of colonial pride and nostalgia.

But renaming the street after Guru Nanak has proved contentious among some Sikhs as well. Nanak is considered a universal, inclusive icon by those who suggested celebrating his name in Southall. However, others have argued that the Guru is at risk of being disrespected. These people claim that drug and alcohol abuse, gambling and prostitution take place in the area.

Opponents are also concerned that Ealing Council is simply indulging in a superficial name-changing in response to this summer’s heated protests, but is otherwise doing little of real value to promote community uplift in the borough’s socially deprived areas. As part of the new statement issued on November 25 to announce the name change, Ealing Council also reiterated its plans to proceed with a review of all structural inequalities in the borough by May 2021. But it remains to be seen what practical changes this will bring.

Removing the name of a notorious colonialist from one street in Southall is clearly of symbolic significance. Sharma told us:

[Havelock’s] name is to me, and I am sure millions of other British Indians, British Pakistanis and British Bangladeshis, synonymous with murder, oppression and thuggery. It means memories of stories told by parents and grandparents of being a second-class citizen in your own country.

But for many, taking down a statue or a street sign is just the beginning of decolonising 21st-century Britain.