A failed political revolution that led to an enduring cultural revolution? A disastrous attack on ethical values in the name of drugs, free love and violence? The events of 1968 in cities across Europe have been represented in sharply contrasting narratives.

Funded by a major grant from the AHRC, a project based in Oxford’s Modern European History Research Centre (MEHRC) is considering 1968 as a historic moment between postwar austerity and the Thatcher-Reagan years. Its guiding themes are transnationalism and subjectivity: tracing the links between activists in different parts of Europe and collecting oral testimony which both models and subverts existing narratives.

Further information can be found on our website: https://around1968.history.ox.ac.uk/ 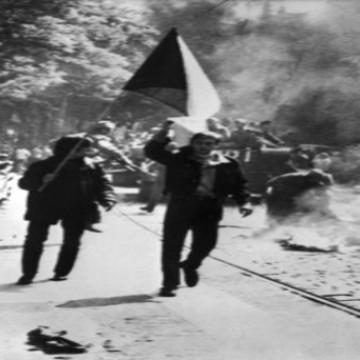 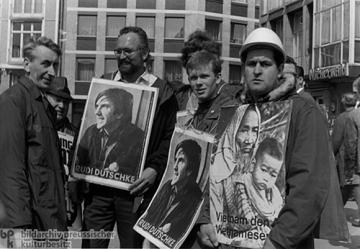 Funded by a major grant from the AHRC, a project based in Oxford’s Modern European History Research Centre (MEHRC) considered 1968 as a historic moment between postwar austerity and the Thatcher-Reagan years. Its guiding themes were transnationalism and subjectivity: tracing the links between activists in different parts of Europe and collecting oral testimony which both models and subverts existing narratives.

Histories of 1968 have hitherto concentrated on the epicentres of revolt in the democracies of France, West Germany and Italy, together with the United States.  This project explored activism not only in the democracies (including Great Britain and Northern Ireland, Denmark and the Netherlands) but also in the dictatorships of  southern Europe (Franco’s Spain, the Greece of the Colonels) and in the Communist dictatorships beyond the Iron Curtain (the GDR, Poland, Czechoslovakia, Hungary and the USSR). It examined whether there was a common European ’68 or conflicting experiences, misunderstandings and time-lags between radical activity in different parts of Europe, and explored transnational links between European activists.

Conventionally, thinking about 1968 has been subsumed under one of two ‘grand narratives’: one that activism progressed from the political to the cultural, the other that it moved from youth culture to politics, from hedonism to Leninism. In this project the unit of analysis was the network as spun by activists engaged in a variety of forms of activism: political, religious and those experimenting with artistic forms and alternative forms of living; violent and non-violent; tackling questions of gender and the relationship between intellectuals and workers.  The project conducted life-history interviews with former activists belonging to these networks in order to explore how far their accounts reflected the dominant narratives and how far they challenged and subverted familiar stories.

The project was undertaken by an International team of historians fourteen strong.  These were:

The project benefited hugely from the advice of Professor Shelia Rowbotham, Professor of Sociology at the University of Manchester, former activist and acclaimed author of Promise of a Dream (2000).

The researchers met in three annual workshops, separately funded by the Leverhulme Trust – Oxford in 2007, Roskilde in 2008 and Prague in 2009.  A fourth workshop took place in Madrid in 2010. The project is publishing a series of articles in a special number of Cultural and Social History and will bring out a book, with Oxford University Press, revolving around the themes of becoming an activist, being an activist, and making sense of activism.

A major legacy of the project is a database of activists and networks containing the sound files of several hundred interviews, transcriptions and (funding permitting) translations.  These will be available to future historians of 1968 via the MDID archive system.