Lucy Lyndon-Jones graduated with a BA in Ancient and Modern History in 2011. She now works within the University and continues to study and write on history when she has time.

It has never been a secret of mine that what truly inspired me about history was the opportunity to treat it as creative material; not a task I entered into lightly. Despite knowing that I wished to be a writer since the age of twelve, it was only after I graduated with a degree in Ancient and Modern History that I felt equipped with the tools to write in the genre I loved most - historical fiction. 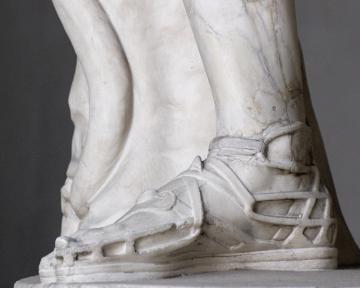 As historians, we are in possession of countless skills both innate and acquired through our studies - we can assimilate and summarise information, we can analyse data, construct theories and arguments, we can identify broad trends and investigate in great detail. To study history is to turn a critical eye upon the past, to ask questions of it, to tease out something new from that which is seen to be old. Yet I’ll warrant what led most students to study History at Oxford was the pure passion for learning about the past, and where that passion stems from might be different for each of us. For me it is the unavoidable fact that the humans who walked where we now walk were still humans, with thoughts, emotions, motives, secrets, and stories.

Research does not stop when one gives up the mantle of ‘student’, although it’s a wholly different experience writing a 1,500 word essay on the entire crusades in the space of one week, to spending a month agonising over a lengthy chapter only to realise that you need to know exactly what kind of socks a Roman soldier might have worn. Instead of honing an argument explaining why Caesar may have never intended to relinquish power, I’ve found myself mulling over what an ordinary citizen might have thought - all the while worrying what the weather would really have been like in the misalignment of the seasons against the calendar before its reform in 46BC, and what that means for the poor man’s socks.

Staying in Oxford to pursue a course in Creative Writing, subsequently working for the Faculty of History and thence the Faculty of Music, I was – and still am – lucky to have all of the university’s resources available to me.  Not only did I spent countless hours in the Sackler Library as an undergraduate, but I still go there to consult its books – not always on sock-related avenues of enquiry. I have built my own library; not quite rivalling the entire walls of bookshelves I used to envy in several of my undergraduate tutors’ offices, but quite a collection and far more than I ever had as a student. I’ve pushed the boundaries of my knowledge further, teaching myself about the Social War in the 80s BC, and about Stalinist Russia, neither of which were subjects I touched upon as a student, although I did my best. Ancient and Modern History offers a fantastic selection of papers to the undergraduate thirsty for knowledge of as much history as possible – as I was. I chose to study both Cicero and the First World War, studied medieval Europe as well as modern Britain. I learnt about the Julio-Claudian emperors and Stuart parliaments. Not only did the joint school offer me a range of topics unlike any other, but it also supplied me with a very full toolkit for the comparative history I came to study as part of the (love it or hate it) ‘Disciplines’ paper, and the wealth of expertise of not just the History dons but also Classics dons. 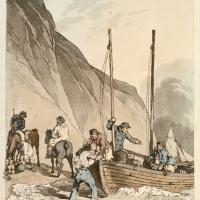 Although it was nerve-wracking handing in an essay to be scrutinised by an expert in the field, it is an entirely more terrifying sensation to hand over a piece of inventive prose for another person to read – up until applying to study the Undergraduate Diploma in Creative Writing I had only allowed a tiny handful of friends to read my fiction. Consequently one of my referees was the Oxford tutor who supervised my History thesis, which I wrote on smuggling and the law courts in 18th century London. This topic sums up the approach which I took towards my degree - I didn’t have a clue about the 18th century, but here was an opportunity to remedy that, and by the end of it, I did have a clue (although I had a good idea of how much I didn’t know too). Now, when a friend asks questions about my fiction and turns to me saying, ‘well, you’re the expert on this,’ I step back a little. I would not call myself an expert as I am fully aware of what I still don’t know about the historical context of my novel, but I am the expert on my story and my characters. I own that little piece of history, fictitious though it may be.