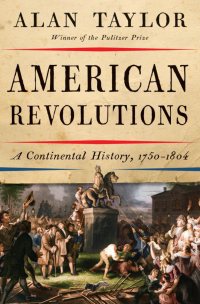 Alan Taylor is Thomas Jefferson Foundation Professor of History at the University of Virginia, and this year’s Harold Vyvyan Harmsworth Visiting Professor of American History at the Rothermere American Institute. His recent book on the American Revolution, entitled American Revolutions (W.W. Norton, 2016) includes the entire North American Continent, breaking with the traditional and almost exclusive focus on the Thirteen Colonies of the Atlantic Seaboard.

Most previous books on the revolution, especially popular histories, focus obsessively on the national story of the United States, on the development of its republican institutions at the national level.  That approach demotes neighboring empires and native peoples to bit players and minor obstacles to inevitable American expansion. Canada, Spanish America, and the West Indies appear prominently in recent histories of colonial America, but they virtually vanish when historians turn to the subsequent revolution and early republic. American Revolutions attempts to balance attention to the larger context while covering the major story on that bigger stage in the period 1750-1800: the creation of the United States and the acceleration of its growth.

By the especially destructive standards of other revolutions, the American was relatively restrained, but polarities mislead by insisting on perfect opposites. During their revolution, Americans experienced more turmoil, bloodshed, and destruction than any other generation of their nation until the Civil War of 1861-1865. During the revolutionary war, Americans killed one another over politics and massacred their Indian neighbors, who returned the bloody favors. Patriots also kept two-fifths of Americans in slavery, rather than permit their escape to help the British. Some of the enslaved did embrace revolutionary rhetoric to seek freedom and equality as Americans, but many more suffered greater and prolonged exploitation. The economic decline wrought by the revolution lasted for fifteen years and was unmatched until the Great Depression of the 1930s. If the American Revolution was less devastating than other upheavals elsewhere, this does not define it as the absence of cruelty, violence, and destruction.

Recent scholars have begun to recover the revolution as a civil war in which at least a fifth of Americans supported British rule and many more were disaffected from both sides.  Gone is the neat, polite, restrained war led by gentlemen in white wigs and refined clothes with the blood nicely laundered out. Instead, we find a brutal conflict often dividing families and neighbors. Recovering that violence does not deny the great political achievements of the founders. Instead, independence, union, and republican government seem all the more remarkable given what the revolutionaries had to cope with, including their own doubts, fears, and contentions. If they fell short in producing equality and liberty for all, they established those ideals as worth striving for. The republican society promoted by the American Patriots might not be more equal in results, in the distribution of wealth and power, but it promised fairer competition. Whether we have fulfilled or defaulted on that promise remains the essence of American politics.

The revolution remains more important than ever as it is embedded as selective memory in every contemporary debate. In culture and political contests, Americans still battle over clashing legacies from the revolution. Patriots initiated our debates over who should qualify as a citizen and the proper locus for sovereign power – in states or nation, led by elites or following the many. Modern conservatives recall a revolution by elite founders who united Americans to create the perfect nation, which has since become imperiled by change.  Political liberals celebrate the revolution in a more muted key as a necessary but insufficient step toward freedom and equality for all. The clashing political interpretations of the revolution affect the choices of citizens in a perpetually divided republic premised on clashing ideals: liberty or equality or some combination. 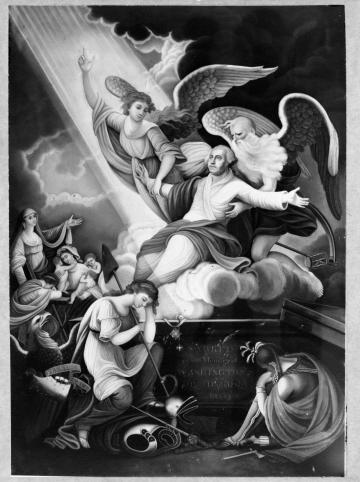 Americans usually romanticize the founders of the nation as united and resolute, and therefore as a rebuke to currently divided politics. Pundits often insist that we should return to the ideal vision set by the founders. That begs the question, however, which founders and which vision? Far from being united, they fought like cats and dogs over what the revolution meant. Should we follow Thomas Jefferson’s vision of a decentralized country with a weak federal government? Or do we prefer Alexander Hamilton’s push for a powerful, centralized nation that promotes economic development and global power? We distort the Patriots when we try to stuff them into modern political categories of conservative and liberal. Conservatives embrace Jefferson’s stances against taxes and for states-rights, but skip over his opposition to a military establishment, inequality of wealth, and religion in politics. They like a Hamiltonian military but not Hamiltonian taxes to pay for it.

Historians debate how revolutionary the revolution was in its consequences. Some find little substantive change by emphasizing the continuities of exploitation by white men of Indians, blacks, and women.  Others emphasize expanding economic opportunities and increased political participation by common white men as radical consequences of the revolution. Both views strike me as partially correct. The revolution intensified trends already underway in late colonial America. These included political assertion by common men, territorial expansion at the expense of native peoples, and the westward spread of slavery. Whether acceleration and intensification qualify as continuity or transformation lies in the eye of the beholder.

A continental and trans-Atlantic approach does connect with contemporary concerns in a globalizing world, but this broader history is an act of recovered memory more than fashionable creation. Patriots understood that they were enmeshed in global networks of trade, culture, diplomacy, and war.  And they expected their actions to have continental and global consequences. In 1818, John Adams, a former Patriot leader, recalled, “The American Revolution was not a common event. Its Effects and Consequences have already been Awful over a great Part of the globe.  And when and Where are they to cease?” They have not ceased to our own day.

During my current year as the Harmsworth Professor, I am working with a range of undergraduate, masters, and D.Phil. students.  In spare moments, I am developing a new book, entitled Thomas Jefferson’s Education: A social and political history of public and higher education in Virginia during and after the American Revolution with an emphasis on Jefferson’s colonial alma mater, the College of William and Mary and his republican post-war alternative, the University of Virginia.  Jefferson and other revolutionaries insisted that they needed to transform the training of citizens and leaders to fit a republicanized society. But they also felt compelled to compete with European universities by emulating their curriculum and methods. For example, Jefferson recruited from Britain most of the faculty for his post-revolutionary university.  When not teaching or researching, I am determined to visit all 5,000 pubs listed in the CAMRA Good Pub Guide.

To receive a 25% discount and free shipping on American Revolutions, readers can visit http://wwnorton.co.uk/books/9780393082814-american-revolutions and add the code WN378 when prompted at the checkout. The code is valid until 31 August 2017.