I first went to Algeria in 2001, when my DPhil research was almost complete. Like almost everyone else from outside the country trying to work on its history in the late 1990s, and like almost everyone then writing about its ongoing crisis, I had previously seen it only from a distance. In my case, the closest I had come was thirty thousand feet, crossing Algeria on a flight from Tunis to Casablanca in the summer of 1999. My next-seat neighbour had looked distastefully down at the landscape through the little window and said tersely, “Al-jazair khatar”: “Algeria: it’s dangerous.” Given the paucity of more general knowledge of Algeria’s history, and the undeniably horrific news stories that were all anyone outside had heard of it in the past several years, that was, indeed, more or less all there was to say. Although a more typically Oxford way of phrasing it came in a conversation at St Antony’s with a long-retired gentleman, who as a young officer had landed in Algiers as an aide to Harold Macmillan in 1943 and who had retained a passing interest in the country ever since: “How interesting”, he said, “but isn’t it all terribly off-putting?”

Perhaps there have been good reasons for being put off. Despite the country’s immense significance for modern Middle Eastern, African, French, and Mediterranean history, as well as its symbolism for the early optimism and later distress of the “Third World” across the global South, its strategic location and its importance as an energy-provider and potential market for Europe and North America, the history of Algeria remains comparatively ill-served in English. Specialists in colonial history or wars of decolonisation, political scientists working on nationalist state-building in the 1970s or on Islamist terrorism in the 1990s, and the occasional adventurous sociologist or anthropologist, have written detailed monographs based on work done in, or about, Algeria, and some of these have been major works in their respective fields (think of Pierre Bourdieu’s Outline of a Theory of Practice). The best-known English-language historical work on the country, Alistair Horne’s A Savage War of Peace (published in 1977, the same year as Bourdieu’s masterpiece appeared in English) is still cited as a classic and was much talked about in the early 2000s as newly relevant to the so-called “War on Terror”. But few general works of history exist to make the country’s longer, more multifaceted past accessible to readers in English, and those that do have been mainly either direct translations of introductory books originally published in French, or syntheses of work done by an earlier generation of primarily French historians. 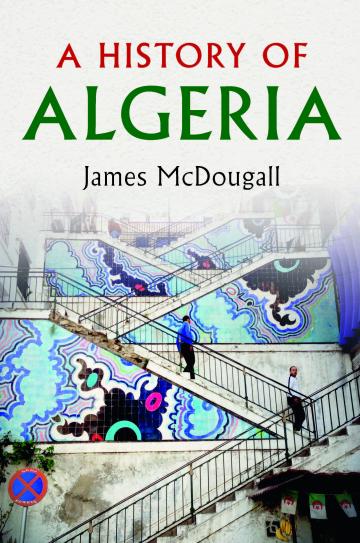 A History of Algeria

My second book, A History of Algeria, which Cambridge University Press is set to publish on 31 March, will be the first new general history of the country in any language to appear since the early 1990s. Based on ten years’ work (on and off), the book will enable readers to benefit from the enormous expansion of new scholarship that has been undertaken since the end of the 1990s’ “dark decade” of insurgency and repression. It should allow a little more understanding of both the undeniably terrible violence and the apparently labyrinthine politics that have been all that most outsiders have gleaned about Algeria’s history. Even more importantly, I hope, it might provide readers with a sense of the much wider, deeper and richer contours of Algerian society, its diverse and creative cultures, and its peoples’ extraordinary endurance and resilience, their self-expressions and aspirations, the intensely beautiful and fascinating cultural and physical landscapes that they inhabit.

The book focuses on the political history of Algeria, beginning with the emergence of the Ottoman Regency after 1516 and ending 500 years later, in the aftermath of the Arab Uprisings of 2011-12 and amidst the protracted succession crisis of ailing, as-yet incumbent President Abdelaziz Bouteflika, almost the last remaining representative of the revolutionary generation of the 1950s. But the book’s main aim is to set the often dramatic rollercoaster of politics—under the Ottomans, throughout the colonial period and the war of independence, and in the national state since 1962—against the deeper and more significant social history of Algeria’s people, the conditions of which have always produced their politics, and without an understanding of which the country’s politics can indeed seem, as has often been claimed, exceptionally opaque. So the book begins (as I suppose Fernand Braudel, who taught in Algiers between the wars, might have insisted one should) by emphasising the deep structures of landscape and ecology, the relationships of different geographical areas and their populations to the major cities, to the Mediterranean and the Sahara, and to the broader worlds both of Africa and the Arab world to the south and east, and of Europe to the north and west. Long sited at a hinge, a crossroads, between Europe, Africa, and the Middle East, Algeria also became a sharp, contentious borderland between European and Muslim societies when, from 1830 until the outbreak of revolution in 1954, it was conquered and colonised, and from 1848 constitutionally incorporated as an “integral part” of the territory of France. Moving well beyond older narratives that stressed either “civilising work” or unremitting resistance, the book pays particular attention to the calamitous impact of conquest and colonisation, in which perhaps one third of Algeria’s pre-conquest population perished; to the struggles through which European settlers, often themselves poor, marginalised, and vulnerable, fought to gain and maintain their dominance; and to the complex ways in which, from elegiac poetry to millenarian revolt, from enthusiastic adoption of Republican ideals to cynical opportunism, from religious emigration to Syria to labour migration to France, Algerians coped, adapted, responded and survived. From colonialism through the war of independence to the violence of the 1990s, the book tries to depict Algeria less as an heroic or tragic exemplar, a “model” or “case”—and certainly not as a space of pathological “savagery”—but as a real place, with real people in it, which like any other demands historical understanding.