What is dyslexia? It seems a simple question, and one perhaps best answered by psychologists, rather than historians. In 2009, Sir Jim Rose, chair of an independent review into dyslexia, attempted to do just this; drawing principally on the work of psychology: ‘Dyslexia is a learning difficulty that primarily affects the skills involved in accurate and fluent word reading and spelling. Characteristic features of dyslexia are difficulties in phonological awareness, verbal memory and verbal processing speed. Dyslexia occurs across the range of intellectual abilities.’

Rose’s definition reflects well the current consensus of opinion in the science of reading. It’s also a definition, necessarily given its purpose, based on a ‘medical’ model of the condition; seeing the cause of dyslexia as rooted in the individual, rather than society at large. What is interesting from a historical perspective is how society, through a requirement for widespread literacy and an increasing scrutiny of educational performance, amongst other imperatives, has structured dyslexia in particular ways. 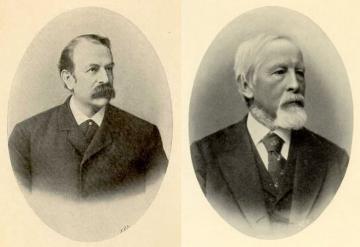 The term itself was coined 130 years ago by Rudolf Berlin, a German ophthalmologist and professor in Stuttgart. Berlin observed in his patients difficulties with reading the printed word, but, finding no deficit in their vision, speculated that the cause must be a physical change in the brain. Berlin’s thinking was influenced by Adolph Kussmaul, who, ten years previously, first identified the kinds of difficulties Berlin described. Kussmaul had called them ‘word-blindness’ (Wortblindheit), but to align the diagnosis better with contemporary medical terms, like alexia and paralexia, Berlin created his neologism.

In the UK, following the German lead, several Britons began working on the topic from the 1890s onward, including the medical doctors, James Hinshelwood and William Pringle Morgan. Their work set the tenor for much research to come, broadening accounts to consider children and thus the developmental aspects of dyslexia; countering the notion that brain injury or disease caused the condition; and setting up, for the first time, the idea that dyslexia, as a specific difficulty with reading and writing, was independent of broader intelligence.

In the early 20th century, there was a lull in dyslexia research in the UK, although work continued elsewhere, including Denmark and the United States. The reason for this pause is unclear, although the attention of medicine and the cognitive sciences was presumably drawn by other events. Interest in the condition returned with the opening of the Word Blind Centre in Bloomsbury in 1963, the first organisation dedicated to the assessment and treatment of children with dyslexia (later renamed the Word Blind Centre for Dyslexic Children). At this point, dyslexia began to come more firmly under the purview of psychology.

Why did an interest in dyslexia re-emerge, then expand at this time? With the Education Act of 1944, education was made compulsory until the age of 15 and the ’eleven-plus’ examination was introduced, effectively creating a two-tier education system. In this way, high academic performance, at an earlier age, was becoming more crucial to life outcomes. In the early 1950s, British manufacturing was at its peak, employing two fifths of the workforce and producing a third of GDP, but in the years that followed, this dominance eroded. The professional classes expanded, alongside a concomitant requirement for high literacy skills.

By the time that the Word Blind Centre for Dyslexic Children closed in 1972, it had confirmed that this specific learning difficulty was a pressing and significant problem. Through the networks established and expanded by the Centre, several other organisations emerged, including the Helen Arkell Dyslexia Centre (1971), the British Dyslexia Association (1972) and the Dyslexia Institute (1972). Outside of London, centres dedicated to psychological research on the topic were founded as far afield as Birmingham and Bangor.

One of the challenges these organisations faced, especially those with a more political bent like the British Dyslexia Association, was getting dyslexia recognised by government. Without this, support could only be provided, in the main, to children whose parents were informed and wealthy enough to both recognise their child’s difficulties and be able to pay for specialist instruction; whether through the increasing number of private schools being set-up to help dyslexic children from the 1970s onward, or through private tuition.

In this effort, they were hindered by one of the earliest models used to diagnose dyslexia, the discrepancy model; an approach now dismissed, but still current in the 1960s and 1970s. Through this, a child could only be diagnosed as dyslexic if their general intelligence (IQ) exceeded their reading age; a relationship that echoed Hinshelwood and Pringle Morgan’s early finding that the children they encountered, despite their reading difficulties, were otherwise high achievers.

Naturally, this diagnosis proved extremely attractive to parents, many of whom were middle-class, who wished to both explain and ameliorate their children’s difficulties, and receive proof that their children were otherwise intelligent. Patient files of the Word Blind Centre, for example, show that the majority came from higher socio-economic groups. This alignment, however, lent ammunition to accusations that dyslexia was a ‘middle-class myth’, a criticism based on dyslexia’s social history rather than science, but one that has dogged dyslexia ever since (and why the Rose definition is so eager to point out that dyslexia occurs across the range of intellectual abilities). 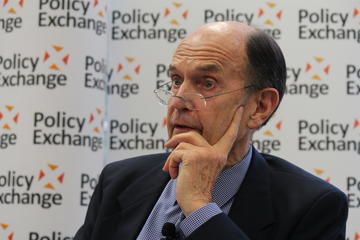 Until the science was unanimous, the government was content to remain ambivalent. In 1972, the Tizard Report stated that, ‘we are highly sceptical of the view that a syndrome of ‘developmental dyslexia’ with a specific underlying cause and specific symptoms has been identified’. In 1978, Baroness Mary Warnock, tasked by the government with writing the first report on special educational needs, faced pressure from a high-ranking civil servant to omit dyslexia. Presumably, such reticence stemmed from a disinclination to commit the significant resources needed to tackle the problem.

Further lobbying, though, linked with advancements in research on the condition and an education marketplace in which performance was increasingly calibrated – the rise of what has been called the ‘A-C economy’ – led to official recognition by the government in the late 1980s. By the 1990s, dedicated support was available in state schools, although, as ever, the accessibility of such support differed according to school, student and other factors. Today, dyslexia is widely recognised across society and by government, although austerity has recently threatened some of these gains.

Returning to the Rose definition, it is tempting to think of specific learning difficulties like dyslexia as singular and delimited, either discovered or waiting to be. The example of dyslexia shows, however, that the notion of what is and is not a difficulty or disability alters from one period to another, and that individuals are often ‘disabled’ as much by the establishment of societal norms, with which some do not align, as by any inherent limitation of the body or mind. It also shows how the veracity of such diagnoses can be contested; received in different ways in different parts of society at different times. This is what makes tracing the history of such diagnoses so interesting, and so important.

This article is based on a project producing the UK’s first dyslexia archive at St John’s College, Oxford, funded by the Wellcome Trust and John Fell Fund. For more on the project, or to contribute to the archive, please visit: https://dyslexiahistory.web.ox.ac.uk/.