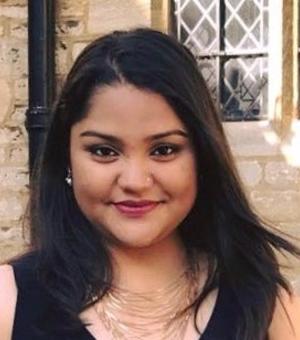 I am a DPhil student in Economic and Social History, and my work primarily focuses on gender and labour in late nineteenth- and twentieth-century South Asia. My thesis aims to examine how gender, caste, class, and empire defined working women's experiences in the South Asian economy during World War II. My research is supported by an Oxford Graduate Scholarship.

I hold an undergraduate degree in History from St. Stephen's College, Delhi and an MPhil in Economic and Social History (Distinction) from the University of Oxford, where my dissertation on women coal miners in colonial India was awarded the 2019 Feinstein Prize.

I convene the Labour History Group and co-convene the Transnational and Global History Seminar at Oxford. I am also a Research Assistant on The Global Thinkers Project, Oxford.

I recorded a podcast on the British Empire in Asia for Uncomfortable Oxford's A Very Brief Introduction to the British Empire Podcast series, which is available here: https://www.buzzsprout.com/997600/4038800-episode-5-conquest-in-asia.