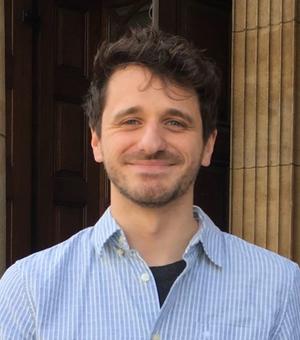 My research focuses on the social, cultural, and urban history of France in the long nineteenth century. My doctorate explored the history of workers’ housing in the era before state social housing legislation. I argued that, with little direction from the central state, the issue of workers’ housing became a crucial nexus around which provincial elites sought to explore and create their own distinct identities. I am now preparing a book on the history of ‘unhealthy housing inspectors’ in nineteenth-century France.

I completed my BA in History at Durham University, before coming to Oxford for my MSt in Modern British and European History at Pembroke College and my AHRC-funded DPhil in History at St John’s College. I was the 2017 recipient of the Ralph Gibson Bursary from the Society for the Study of French History, and I have previously held a Visiting Doctoral Studentship at Sciences Po, Paris and a Visiting Lectureship at Royal Holloway, University of London.

I am currently preparing a book comparing the work of ‘commissions des logements insalubres’ (unhealthy housing commissions) in five French cities between c. 1850-85. A national law on housing of 1850 allowed the creation of these commissions. They were to be staffed by local ‘experts’, including a doctor and an architect, and were charged with identifying houses deemed ‘insalubrious’, making visits to them, and ordering any improvements to be made. In theory, these commissions were meant to operate uniformly across France; in practice, the lack of strict government oversight and the commissioners’ own confusion in interpreting their remit meant that they quickly became vehicles for local municipal elites to pursue their own moralistic, nationalist, or hygienist agendas. Moreover, the archival records of these commissions are full of letters from landlords and tenants, either challenging the commissioners’ conclusions or inviting them to revisit and force through improvements. As a result, these commissions became a battleground for issues around private property and public health.

Through comparing the work of these commissions in the five cities of Lyon, Marseille, Nantes, Roubaix, and Mulhouse, my book will explore the intersection between national legislation and local implementation, between subjective sensory depictions of disgust and supposedly objective architectural language, and between theories of housing reform and realities of workers’ lived experience in nineteenth-century France.

In addition to this work on housing, I am also exploring how different confessional groups in growing French cities worked together or against one another regarding urban development. This research ranges from a collaborative paternalist housing project surrounding a Catholic church in the wake of devastating flooding in 1856 Lyon to the debates between a Calvinist municipal elite and their Catholic workforce when it came to what denominational group a new church in the boomtown of Mulhouse should serve.