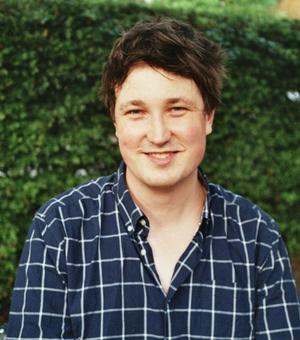 I am a political and intellectual historian of the Nineteenth-Century United States, especially interested in the development of nationalism before the Civil War. I hold a PhD from University College London, and have previously completed a postdoctoral fellowship at Arizona State University with a 2.2 teaching load. Currently, I am a Junior Research Fellow associated with Mansfield College and the Rothermere American Institute.

My first book looks at the role of the Young America movement in pre-Civil War politics: a group of nationalists within the Democratic Party, advocating a program of territorial expansion, cultural autonomy and racial exclusion. My book argues that what united these policies was a new idea of democracy as a natural right for white men, rather than a product of the historical and cultural development of the American nation. This shift reflected the Young Americans' desire to spread democracy around the world and challenge the global hegemony of European powers but, ultimately, destabilized domestic politics so decisively that civil war became possible and, finally, inescapable.

My book forces us to look beyond better-known northern and southern ideologies dominant in the historiography to recognize a new form of white nationalism that transformed how millions of Americans, from both free and slave states, saw the Union’s status and role in the international arena. More broadly, I suggest a new way of understanding nationalism not as a form of collective memory rooted in an imagined past, but as a theory of national development that was rooted in intellectual culture and pointed towards an ideal future.

Currently, I am devising a collaborative project on the meaning of conservativism in the nineteenth-century Atlantic World, tentatively entitled “Conservatism in an Age of Revolutions.” My particular interest is in the household as a site of political contestation, looking especially at those women who intervened in politics to uphold a conservative social order within the free states before the Civil War. Previously, I have also published on the role of spiritualism in the popular culture of New York City from 1865 to 1870 and have an interest in generational politics during the nineteenth century.

Young America: The Transformation of Nationalism before the Civil War

Young America: The Transformation of Nationalism before the Civil War

The Young Americans were a nationalist movement within the Democratic Party made up of writers and politicians associated with the New York periodical, the Democratic Review. In this revealing book, Mark Power Smith explores the ways in which–in dialogue with its critics–the movement forged contrasting visions of American nationalism in the decades leading up to the Civil War.