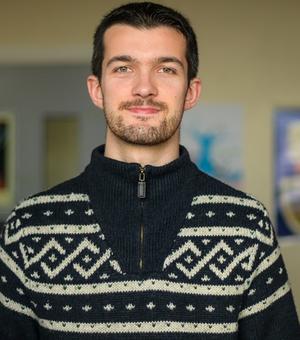 I work primarily in modern Irish and British history, with particular research interests in several cognate themes: radicalism and compromise in social movements and the life-course; oral history and contested memory; and political subjectivities in relation to migration and diaspora.

In addition to working as a research assistant on four projects, I taught at the University of Central Lancashire and Newcastle University before taking up my current post in October 2021. I am a Fellow of the Higher Education Academy.

I am currently preparing my second book, which develops my research on the British left and the Northern Ireland conflict. Like 'The age-old struggle', this book project ('Preparing for power': the Revolutionary Communist Party and its curious afterlives, 1976-2021) scrutinises how radical activists reassessed their politics as they navigated profound political transformation through the late twentieth century. Under contract with Bloomsbury Academic, 'Preparing for power' combines extensive documentary research and oral history testimony to explicate transformations in social movements and contested conceptions of anti-imperialism, democracy, independence, and sovereignty.

In addition to this book project, I am preparing two articles:

Finally, collaborating with Irish diaspora groups in England, I am currently in the early stages of designing a research project to analyse historically identity formation, ageing, and intergenerational memory in the second-generation Irish diaspora since 1969. Advocating dialogue between oral historians, scholars of memory and composure, social gerontologists, and the intergenerational strand of social movement studies, this project will elucidate contested diasporic identities and political and cultural activism.

"The age-old struggle": Irish republicanism from the Battle of the Bogside to the Belfast Agreement, 1969-1998 (Liverpool: Liverpool University Press, 2021)

"The age-old struggle": Irish republicanism from the Battle of the Bogside to the Belfast Agreement, 1969-1998 (Liverpool: Liverpool University Press, 2021)

This is a wide-ranging analysis of the internal dynamics of Irish republicanism between the outbreak of ‘the Troubles’ in 1969 and the Good Friday Agreement of 1998. Engaging a vast array of hitherto unused primary sources alongside original and re-used oral history interviews, ‘The Age-Old Struggle’ draws upon the words and writings of more than 250 Irish republicans. This book scrutinises the movement's historical and contemporary complexity, the variety of influences within Irish republicanism, and divergent republican responses at pivotal moments in the conflict.