Why were the Jews expelled from England in 1290? 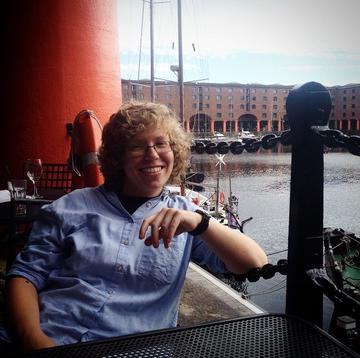 Philippa works on the relationship between Christian, Jewish and Islamic thought in the Middle Ages.

In 1290, the entire Jewish population of England (about 3,000 people) was expelled from the country on the orders of Edward I.

Jewish people had only been in England since the Norman Conquest, invited to settle there by William the Conqueror. From the late eleventh century onwards, the Jewish community quickly became an essential part of the English economy: Jews were permitted to loan money at interest, something Christians were forbidden from doing. Jewish settlements in important towns such as London, Norwich and Lincoln prospered. England’s Jews were skilled individuals, who worked as doctors, goldsmiths and poets. But lending money was their primary source of income, and Jewish people were fundamental to the working of the English economy. Jewish lenders provided loans for many of the most important figures at the royal court (for the purchase of castles, payment of dues to the king, etc). They were also exploited by kings, who were often in dire need of money.

How, then, do we explain the decision to expel the Jews, and the 1290 Edict of Expulsion?

Answering this question requires us to consider both long-term changes in Christian attitudes towards Jews and immediate political circumstances. From the beginning, Jewish people were under the protection of the crown. This meant they had a special relationship to the law: they were ‘servants’ of the king. They were administered by a special court, and did not have the same legal status as ordinary English people. On one hand, this provided a measure of protection for Jewish communities, but only so long as kings were willing to make good on this protection. The reign of Henry II (1152-89) is generally seen as a time when Jewish privileges were protected.

But from the middle of the twelfth century, there was growing antisemitism in England and across Europe. In part, this was fuelled by something called the ‘blood libel’: fabricated allegations that Jews abducted and murdered Christian children for magical rituals. The official stance of the Church slowly shifted from tolerance of Jews to increasing hostility. This influenced the views of ordinary people. 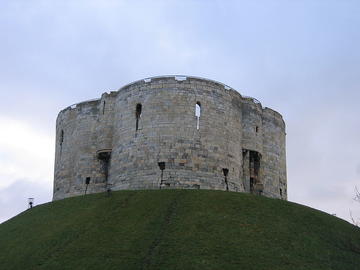 Figure 1 - Clifford's Tower, the place where the Jews of York were massacred in 1190

Anti-Jewish feeling was also linked to the crusades, which began in 1096. Christians trying to reclaim the holy land (including famous crusading kings like Richard I) increasingly saw Jews as ‘Christ-killers’, against whom violence could legitimately be used. There were outbreaks of anti-Jewish violence in 1189 and 1190, at the death of Henry II and when the crown’s power was weakest. Mob violence led to attacks on the Jewish community in London, and the massacre of the Jewish community in York (Figure 1).

To some extent, however, this violence had settled down by about 1220, and communities recovered. But attitudes continued to harden. This was also influenced by financial pressures. Kings, especially Henry III (1216-72), tried to extract large sums of money from the Jewish community as taxes and forced ‘gifts’. In order to pay these sums, Jewish lenders often sold on the debts owed to them by Christians, and the new owners of the debt pressured the debtors to pay up. As English knights became increasingly indebted, Jewish lenders got the blame. In Parliament, from the 1260s onwards, local representatives demanded measures be taken to curb Jewish lending. It is likely that these changes contributed to several thousand Jews deciding to leave England. 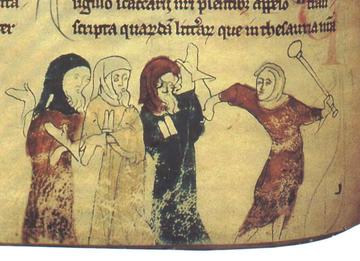 Figure 2 - An image of Jews being beaten from a thirteenth-century English manuscript. The figures in blue and yellow are wearing a badge in the shape of two tablets, identifying them as Jews.

Jewish lenders often sold on the debts owed to them by Christians, and the new owners of the debt pressured the debtors to pay up. As English knights became increasingly indebted, Jewish lenders got the blame. In Parliament, from the 1260s onwards, local representatives demanded measures be taken to curb Jewish lending. It is likely that these changes contributed to several thousand Jews deciding to leave England.

By 1275, Edward I decreed that Jews could no longer loan money for a living and would have to convert to being merchants, labourers or owning farmland. This statute also confirmed long-standing rules for Jews, e.g. requiring Jews to wear badges (in the shape of stone tablets) to identify them (Figure 2). By 1290, Edward was under pressure: having run up large debts waging war abroad, he needed to negotiate a financial settlement. But Parliament’s permission was needed before a tax would be raised. One thing Edward was willing to barter was the remaining Jewish population. In return for an Edict of Expulsion, Parliament granted Edward a tax of £116,000 – the largest single tax of the Middle Ages.

Jews did not return to England until the 1650s, when they were invited to resettle by Oliver Cromwell.

1. National Archives Podcast: ‘Dependence, intolerance and expulsion: the story of the Jews in England, 1066-1290’.

A 40 minute podcast from The National Archives. Provides plenty of detailed information on the Jewish community in England, as well as discussing leading Jewish figures and how historians use documents about Jewish life in medieval England.

3. ‘A Medieval Mystery’. A drawing from the National Archives which shows an anti-semitic depiction of Jews from 1233 and takes students through the image, step-by-step.

4. Roger of Hoveden, The Persecution of Jews, 1189. From the Internet Medieval Sourcebook, a brief translated account from a medieval chronicle, describing the attacks on Jews in the late twelfth-century.

5. An example of the ‘blood libel’, from Thomas of Monmouth’s Life of William of Norwich, 1173.

Part of the text in which Thomas of Monmouth, a Benedictine monk, accused the Jews of Norwich the murder of a young boy, William. This extract describes how William was supposedly captured and killed by the Jews – it is quite graphic. This is one of the earliest texts showing the ‘blood libel’ in England, and demonstrating how anti-Semitic lies and rumours were not only spread but given official sanction by members of the Church.

6. The Frenchness of Jews in Medieval England, from ‘In the Medieval Middle’.

A good academic blogpost discussing the cultural identity of Jews in England. Short and accessible.

Aaron of Lincoln was one of the most influential Jewish figures in twelfth-century England. A moneylender, he was estimated to be worth £100,000 at the time of his death, quite possibly making him wealthier than Henry II himself. Aaron is most closely associated with the city of Lincoln, from where he conducted much of his business - though he had been born in London, the centre of medieval Jewish life in England. Aaron’s success in Lincoln demonstrates a further aspect of Jewish life in England in the twelfth century: the development of Jewish communities in major cities. The Jewish community in Lincoln is first recorded in 1159, but was probably founded earlier. Members of the Jewish community in Lincoln subsequently founded the Jewish settlement in York, which Aaron supported.

Aaron’s success as a moneylender also allows historians to see quite how sophisticated systems of finance and lending had become in medieval England by the mid-twelfth century, and might allow students to reflect on ideas about medieval bureaucracy and accounting. In order for money-lending of any sort to work, a sophisticated means of recording debts and their payment was required, as well as enforcement mechanisms. In general, Jewish money-lending only worked because there was an assumption that the crown would support Jewish collection of repayments. Christian debts to Jews were, by the late twelfth-century, being recorded on official government documents, and kept in official government ‘chests’ – thus the rulers of England effectively had a register of all debts owed to Jewish lenders.

Aaron was a powerful man, with powerful connections. We know he made loans to Robert de Chesney, the Bishop of Lincoln, and to Henry II. Though Aaron lent small sums to the crown, most of his considerable profits came from loans to non-royal clients. Those ranged from the very great (large monastic houses, the Archbishop of Canterbury and many other bishops) to the very small (e.g. local priests). Aaron was undoubtedly the greatest lender in England, with many individuals working under him as part of his business, and with influence that extended far beyond Lincoln. Rather than thinking of him as a ‘money-lender’, which implies a low-level of activity and personal exchanges, it might be better to describe Aaron as an extremely successful banker.

At Aaron’s death, duties were to be paid on his vast wealth. This typically provided a means for the crown to confiscate much of the value of Jewish estates. Aaron’s holdings were so great that the English government was obliged to set up a separate exchequer in order to ‘calculate’ what was owed to the crown – this was known as the Scaccarium Aaronis (‘The Exchequer of Aaron’). The crown, having provided Aaron with the ‘protection’ to conduct money-lending in life became Aaron’s heir on his death. Debts owed to Aaron by Christian borrowers now became due to the crown - estimates suggest this was a figure of around £15,000. Aaron’s movable treasure was sent to Henry II, then waging war in France, as ready cash to supply his needs, but was lost when the vessel sank.

(For further discussion, and as a major source for this biography, see Robert Stacey’s entry on Aaron in the Oxford Dictionary of National Biography).