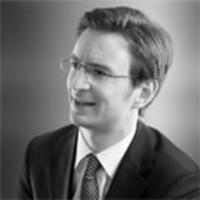 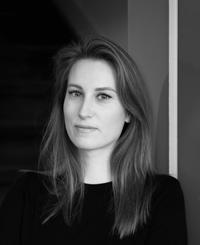 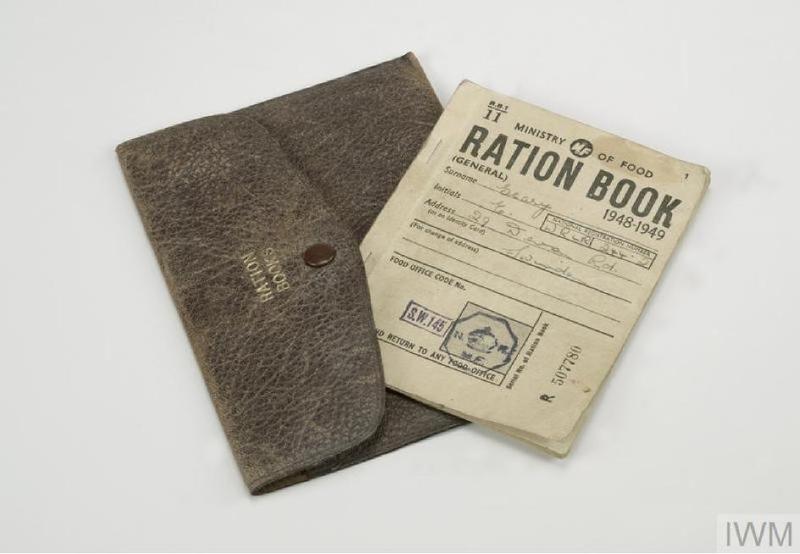 The Second World War began in September 1939, when Nazi Germany's invasion of Poland resulted in Britain and France declaring war on Germany. Based on their experiences during the First World War, the British government expected that the conflict would become a ‘Total War’, meaning that all resources of society would be have to be mobilized, and that civilians would also be affected by the war. At the time, Britain was a net importer of food, which made the country particularly vulnerable to disturbances in the global food market. In order to prevent serious shortages, as early as 1936 the British Ministry of Food had begun to make plans for the supply, control and distribution of foodstuffs. In addition to making stockpiles and preparing food control policies, by the summer of 1939 the Ministry had already printed 50 million ration books, ready to be used when necessary.

The first commodity to be rationed in late 1939 was petrol, followed in January 1940 by the first foodstuffs: bacon, ham, butter, and sugar. Other products soon followed, especially foods that were normally imported or came from scarce animal sources, such as meat, cheese, margarine, eggs, milk, tea, breakfast cereals, rice, and biscuits. By mid-1942 most foodstuffs were rationed, except fresh vegetables, fruit, fish and bread. Other scarce commodities were rationed too, such as clothing, shoes, fuel, and soap.

As the war progressed, the rationing system was refined to accommodate different needs. In order to ensure the fairest allocation of food possible, the Ministry of Food created classifications according to age and profession. Workers doing heavy labour were entitled to larger rations than other adult workers; children received smaller rations but relatively higher proportions of fats and proteins, and nursing or expectant mothers were entitled to larger allotments of milk and other animal-source foodstuffs. Supplementary rations were also given to the sick and people doing work that was considered to be detrimental to their health.

Rationing involved a complex purchasing system. Similar to the situation in many German-occupied countries, each person received a personal ration card with a certain number of coupons – later supplemented by a points system – that could be used at shops where they were registered. Officially, none of the rationed articles could be bought or sold without these coupons or points. Unofficially, many people also bought foods clandestinely and, in common with other countries, the black market thrived in wartime Britain.

To support the rationing scheme, in 1940 the Ministry of Food also established canteens. These so-called ‘British Restaurants’ were run by local authorities on a non-profit basis, and provided meals for those not able to cook at home, such as victims of the German air raids. Other canteens catered those in need of extra meals, such as factory and company workers, as well as schoolchildren. The number of school meals increased from about 160,000 before the war to 1.6 million in 1945 (about 40 per cent of the British children). These meals provided them with up to 1,000 calories a day, or half of their daily requirements.

Although rationing meant a major change for the British people, generally speaking, the wartime food policies made sure that nobody fell short of basic nutritional requirements. The main exception to this was the German-occupied Channel Islands, which suffered a severe food crisis during final months of the war and occupation.

The end of the war in May 1945 did not mean an end to rationing. Shortages persisted and bread, which had been freely available during the war, was rationed for two years from July 1946. Animal products such as cheese, bacon, ham, meat and fats as well as sugar also remained scarce. It took until mid-1954 before rationing finally ended.

Main discussion questions: Why was there food rationing in Britain during WWII? What was the impact of rationing on the British people, and which groups were most affected by its implementation? Use the following sources to support your argument.

We are embarking upon a widespread system of rationing. That is not because there is a danger of famine or because the Navy has not done its part in keeping open the oceans, the seas and the harbours. We are rationing ourselves because we wish to save every ton of imports, to increase our output of munitions, and to maintain and extend our export trade, thus gaining the foreign credits wherewith to buy more munitions and more materials of war, in order that the whole life-energy of the British nation and of the British Empire, and of our Allies, may be directed to the last ounce, to the last inch, to the task we have in hand. This is no time for ease and comfort. It is the time to dare and endure. That is why we are rationing ourselves, even while our resources are expanding. That is why we mean to regulate every ton that is carried across the sea and make sure that it is carried solely for the purpose of victory.

Source 4. Recipes/information brochures on how to deal with rations 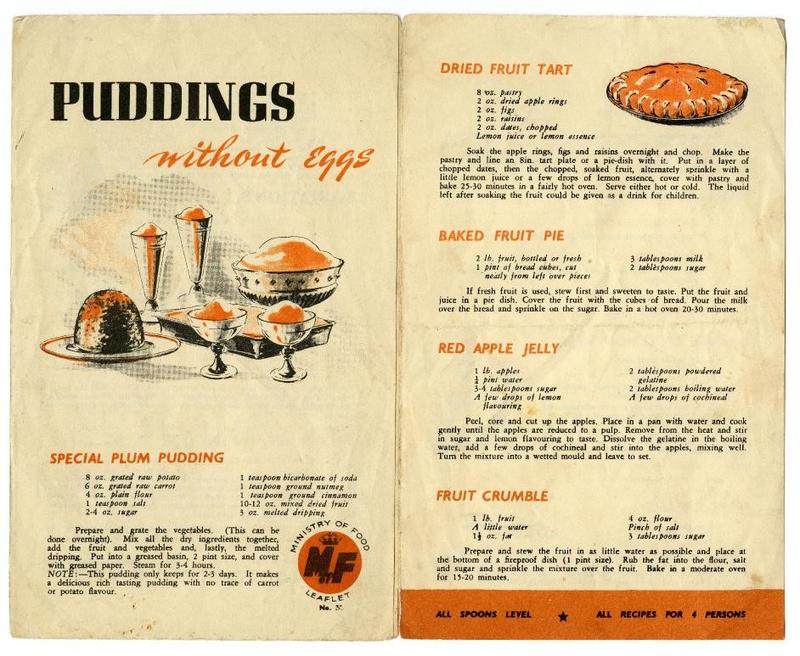 Source 4b. Rations advertising by Sainsbury’s 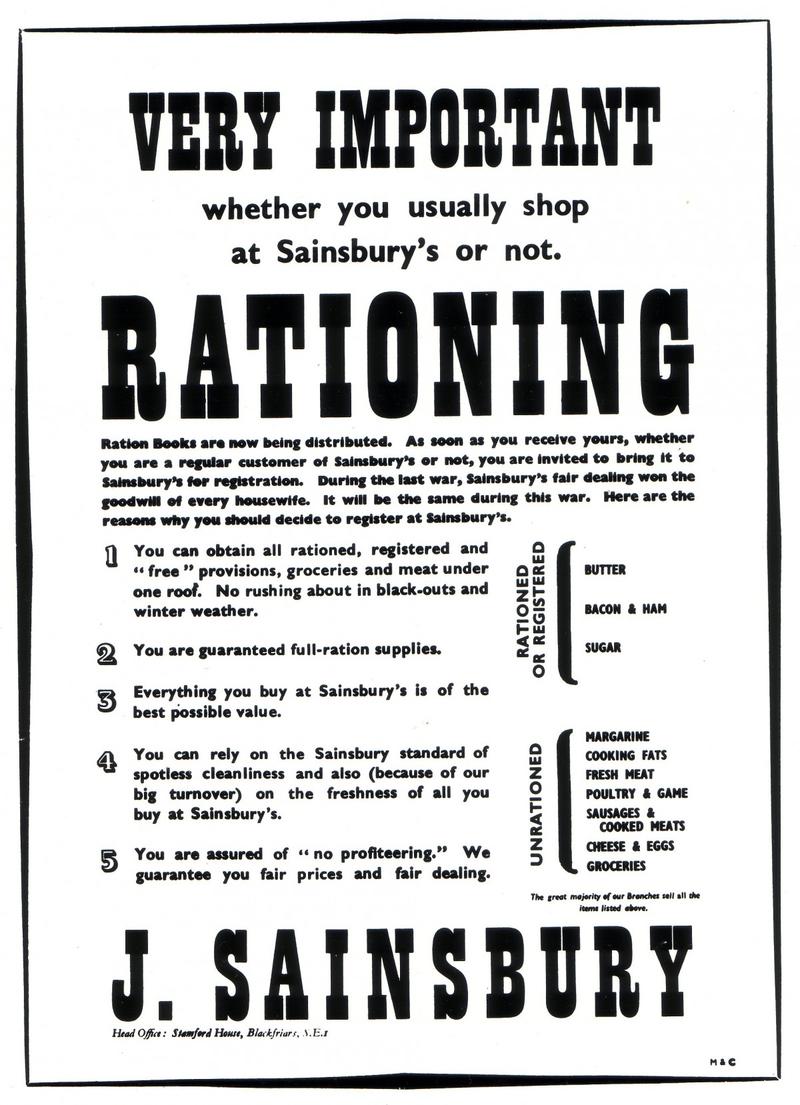 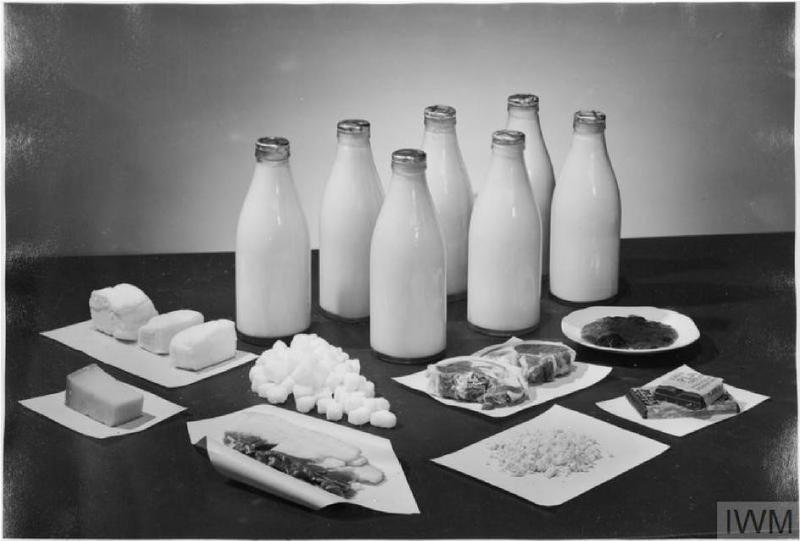 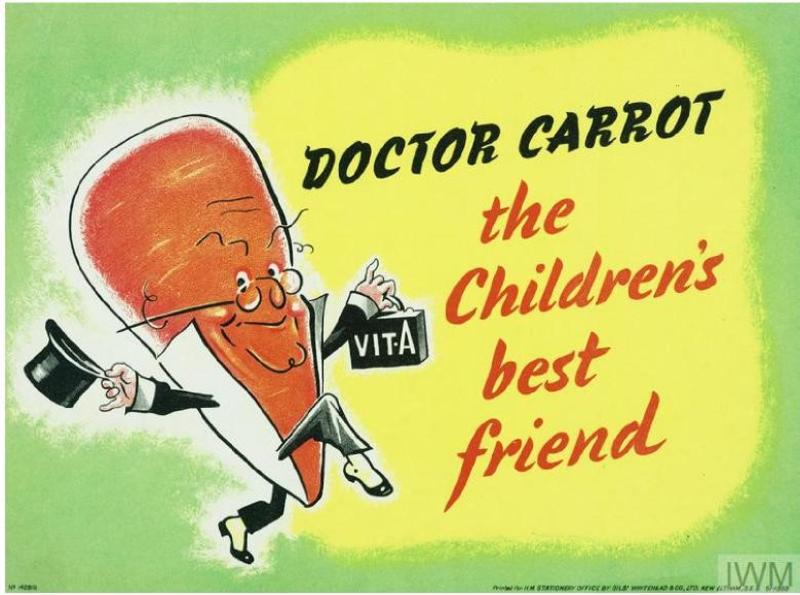 Source 6. Attitudes to food rationing in 1942 (in percentages)

The survey below is based on a sample of 2,047 people from different occupational, regional, sex, and age groups in the UK, interviewed between 9 and 26 June 1942. Respondents were asked, ‘What do you think about food rationing?’ Percentages do not add to 100 because some people gave miscellaneous answers or responded ‘Don’t know’. 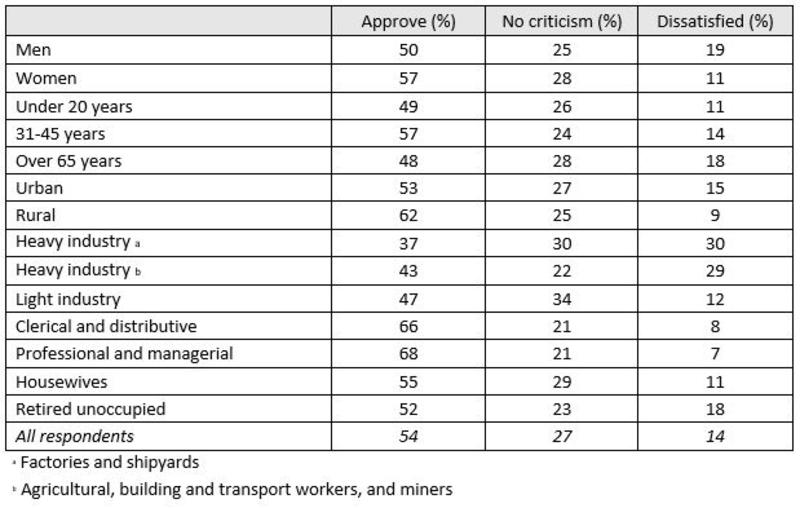 Do you know what your daily calorie and protein intake is? And where does the food you eat originate from? This is displayed on most packaging these days. Record the protein and calories of each item you eat tomorrow and compare it to the wartime diets described above. 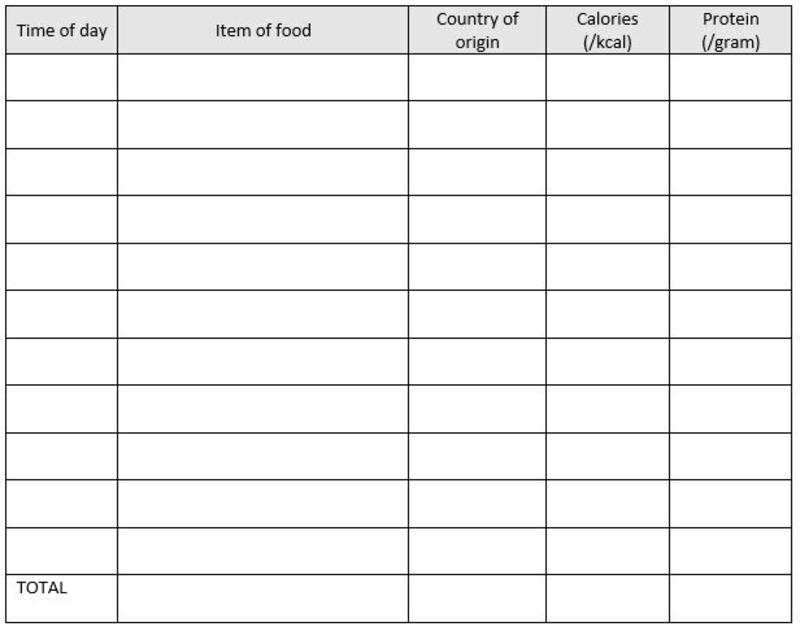 Source 1. Churchill delivered this address shortly after the first foodstuffs were rationed. The speech clearly shows how the people were informed that they had to endure rationing for the ultimate goal of an Allied victory, as part of the home front’s contribution to the war effort.

Source 2. The table shows how different income groups in the UK were affected differently by the rationing. Generally speaking, middle-class food consumption standard deteriorated while the poorer sections of the working class were the main beneficiaries of the wartime policies. In sum, food rationing and control ‘improved’ the social class distribution of the diet by reducing the imbalances that were significantly present prior to the outbreak of the war.

Source 3. Comparing the situation in Britain with other European countries during the war, one observes that rations in those countries were considerably lower. This large discrepancy also resulted from the fact that in most occupied countries, unlike Britain, all foodstuffs were rationed, and not much was available to buy outside of the rationing system. In these countries, people relied much more on the black market to provide for their basic needs. The differences between occupied countries are also telling of how the Germans perceived their inhabitants. For example, the Dutch rations were only slightly lower than those in Germany and the Protectorate of Bohemia and Moravia, which is a clear indication that the ‘Germanic’ Dutch maintained a relatively ‘privileged’ position among the occupied countries and enjoyed a well-functioning rationing system. Most other occupied territories in Western and Eastern Europe had to cope with much less. For example, Belgium already had to deal with food shortage and hunger as early as the winter of 1940-41 as it was much less prepared for a self-sufficient wartime food supply. Shortages of food and other primary resources started in France in the first year of the war as well.

Source 4a. The Ministry of Food distributed many recipe leaflets during the war, encouraging people to make the most of their rations. To reach the masses, the Ministry also published ration recipes in the local and national press. By encouraging people to make creative use of their rations, these recipes discouraged dissatisfaction with the rationing regime, thereby improving morale. They also discouraged people from engaging with the black market.

Source 4b. As part of the rationing system, people were required to register with a particular shop. Consequently, shops tried to get as many registrations as possible. 'Profiteering', the unethical seeking of excessive profits, or taking advantage of the war for private gain, was seen as unpatriotic, so advertisers had to be careful to avoid this charge.

Source 5a. The Ministry of Food promoted the consumption of carrots, as they did not need to be imported, were easy to grow in people’s gardens, and were a good source of vitamin A. British wartime propaganda popularized the myth that carrots help you see in the dark; a super-power that would have been particularly useful during the blackouts of the Blitz. Although scientists have subsequently shown that vitamin A is beneficial for eye health, there is no truth to the claims of the propagandists.

Source 5b. This video is a good example of the traditional intra-household gender division. Commonly responsible for housekeeping, collecting food, and preparing meals, housewives bore the main burden of rationing.

Source 6. After initial discontent with the rationing system because of shortages, high prices, and inequalities in distribution, by the end of 1941 a comprehensive system of food rationing and control was in place, which largely remained unchanged until the end of the war. As a result, most of the initial uncertainties and discontent had been overcome, and people had gradually adjusted to the new wartime diet. This table shows that more than half of the interviewees approved of rationing, and 27 per cent had no criticism at all. Only 14 per cent indicated dissatisfaction. Comparing the different groups, the table shows that women showed a slightly higher approval rate than men, and people in rural areas – the main food-producing areas – were more satisfied than city-dwellers. The most important differences are shown between occupational groups. Manual workers in heavy industry were least satisfied with food rationing, while rations were most popular among white-collar workers. This was mostly due to a widespread belief among manual workers that their diet was inadequate and that rationing was unfair for people doing heavy labour.