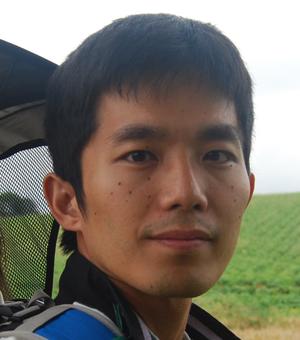 DPhil Thesis Title: Another Ishin: Kunikida Doppo and the Pursuit of Freedom and Equality in Modern Japan

My academic research focuses on the intellectual and cultural history of modern Japan from a transnational and non-state perspective. I am particularly interested in the concept of nature, the issue of translation, and the place of culture in politics. Before returning to academia in 2014, I spent several years working in business in Japan.

Whilst I strive to contribute to knowledge-making in the specialised subdivision of modern Japanese history, I believe it is equally important to be able to relate to and engage with research projects that come from other academic disciplines and that deal with other geographical areas and historical time so that my research will have a global significance and much wider implications for human activities. It is my objective to use history of Japan to contribute in a unique way to the emerging field of global and transnational history.

By focussing on the thought and various practices of Kunikida Doppo (1871-1908), arguably the most celebrated Japanese literary figure in the early twentieth century, my thesis gives a unique insight into the dynamics of politics and culture. Whilst formal political institutions are generally believed to be the vehicle of historical developments and the arena where historical changes were made, curiously, at the turn of the twentieth century in Japan, a great many people began to pursue the betterment of society and mankind in the realm of culture and thought outside the apparatuses of the state. Ultimately, this research joins the recent scholarly effort to effect the seismic shift in the focus of the historical narrative in the non-Western world from the singular unifying historical narrative based on the historical experience of the West to the diversity and multitude of global historical experiences.

My article, 'Survive to be Critical: The Wartime Graphic as a "masquerading" media in the Russo-Japanese War, 1904-05', was recently published in War in History.

I am also currently a JSPS Research Fellow at the International Research Centre for Japanese Studies (Nichibunken), Kyoto.