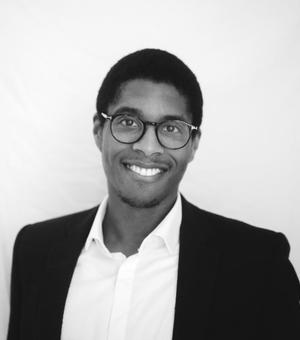 Warren is a DPhil Candidate in History at the University of Oxford (Pembroke College) and teaches cultural and transnational intellectual history as an Associate Lecturer at Rikkyo University, Japan. Originally from South East London he has spent 12+ years in Tokyo, speaks fluent Japanese and advanced Mandarin Chinese. Previously, he worked as a foreign policy researcher at Asia Pacific Initiative, a Tokyo-based think tank. He is a graduate of ICU, Tokyo (BA) and the University of Oxford (MPhil). In 2019, he was named No.3 in the UK’s Top 10 Rare Rising Stars awards. His latest article, “From Cool Japan to Cold Japan: Grime Cyborgs in Black Britain,” was published in the Japan Forum journal (2022) and includes a full Japanese translation. The article was awarded the 2022 Ian Nish Prize for the best article by an early career scholar by the British Association for Japanese Studies.

Building on his master’s dissertation (MPhil ‘2013 Nissan Institute of Japanese Studies) Warren’s doctoral research examines the preponderance of laughter in the mid-late nineteenth century, probing its significance vis-à-vis the decline of the Tokugawa Bakufu and Japan’s emergence as a modern nation-state under the Meiji government. In particular, the research employs laughter as a lens to uncover a new type of transnational connectivity between non-state level historical actors. Illuminating the “transnational networks of laughter,” the study reveals a web of British, French and Japanese journalists, artists and writers that utilised satire and humour to challenge, deconstruct and reconstitute the fixed definitions of civilization and enlightenment.

Learn more about Warren’s work or get in touch via his website.