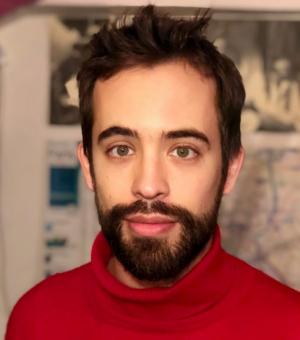 Anatomy of Revelation: soul-body interaction in the anatomical, philosophical and theological writings of Emanuel Swedenborg

My doctoral research focuses on the soul-body interaction theories of Swedish civil servant, natural philosopher and mystic theologian Emanuel Swedenborg (1688-1772). Soul-body interaction is one of the few themes Swedenborg explored during all his life, both prior and after he claimed to have received the ability to speak with the spirits of the dead.

I am particularly interested in analyzing and deconstructing traditional scholarship about Swedenborg, and showing how a new thematic study of his works might lead to a substantial revision of his intellectual development.

My broader themes of research include Swedenborg's global influence and religious posterity from the 18th century to the present, soul-body interaction both as a problem and literary genre, Swedish science and its institutionalization during the early modern period, the religious Enligtenment and Protestant mysticism, history of exegesis, allegory and eschatology.

Within the context of Nordic, British and French cultural studies, I also have a particular interest for the plurality of worlds debate, neo-Latin literature, dialogues of the dead, gendered representations of the afterlife, Swedish Empire and the colonial ambitions of Scandinavia, Scandinavian erudition and discourses on the North.