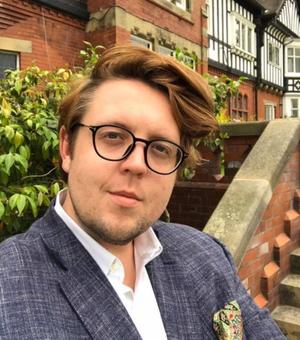 My research centers on the intersection of money, labor, economics, and architecture in the 19th-century intellectual tradition, with a particular focus on the way these factors manifest in the romanticized understanding of the medieval commune espoused in the writings of John Ruskin and Karl Marx. I seek to understand the ways in which the Industrial Revolution spurred the economic and social trends that gave rise to experiments in communal living, utopian societies, and the gothic revival in diverse global contexts from circa 1800 until the turn of the twentieth century, and the role that the romanticized medieval commune played in inspiring and shaping those movements.

I am a previous graduate of Columbia University, Bard College, and the Pennsylvania State University. At Columbia, I earned a Master of Science degree in Historic Preservation from the Graduate School of Architecture, Planning, and Preservation. My master's thesis, on the subject of John Ruskin, Eugene Emmanuel Viollet-le-Duc, and attitudes towards architectural restoration in the second half of the nineteenth century, was awarded the 2018 Ali Jawid Malik History/Theory Honor Award. At Bard College, I earned an Artium Baccalaureaus degree in philosophy and classical studies. My undergraduate senior thesis at Bard focused on the ways in which the English coronation tradition and the ancient Roman triumphal tradition exemplify the philosophy of history advanced by Friedrich Nietzsche in his second Untimely Meditation.

I am a previous William Kinne Traveling Fellow, a previous Stones of Venice research scholarship recipient, a former managing editor of the journal Future Anterior, a former member of the Committee on Art Properties at Columbia University, a former research writer for the Art Committee of the Knickerbocker Club of New York, and a former tutor for the Bard Prison Initiative.