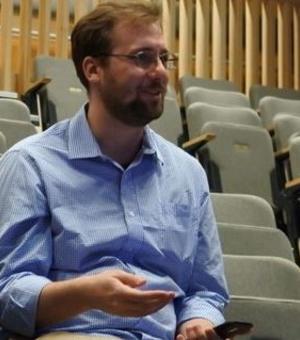 After receiving language training at Donghua University and graduating from New Mexico State University with a Bachelor of Arts in history and government in 2012, I studied Mandarin and pursued a master's degree in foreign language education at Hebei Normal University from 2012 to 2014.  During that time, I continued my language training at Shenyang University and travelled back and forth from Shijiazhuang to Khabarovsk and Moscow.  I then lived and worked in Moscow for one year before returning to NMSU in 2015 to write my master's thesis on the Sino-Soviet Split.

Today, I study Sino-Soviet engagement with Africa in the 1960s, focusing on the two Cold War powers' competing aid efforts on the continent.  Beginning in the late 1950s, both the Soviet Union and the People's Republic of China leveraged foreign aid in Africa to realize their respective foreign policy goals.  My project examines Soviet and Chinese aid during the first decade of the decolonization of Africa and seeks to understand those efforts both in terms of their negotiation and implementation as well as in terms of their local reception and on-the-ground impact.

"Supping with a Long Spoon in the Indian Ocean: The Sino-Soviet Competition over Mauritius", Contemporary China Graduate Workshop 2019, November 2019

Co-convenor of the International History of East Asia Seminar at the China Centre, Trinity 2019-present