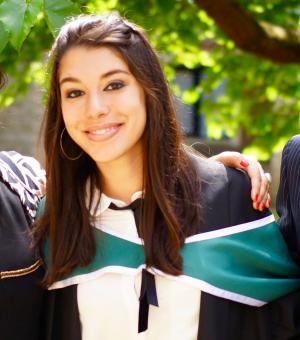 I am currently a doctoral candidate in History at St Antony's – Oxford. Previously, I studied History and Philosophy (BA) at Durham University and a Masters in British and European History (MSt) at the University of Oxford.

My research focuses on the relationship between Francoist repressive practices and accelerating socio-political change in 1960s and 1970s Spain, particularly studying prisons for social and sexual dissidents to the regime. My research stems from the observation that current historiography confuses late-Francoist silence and economic development with national moral modernisation. The underlying assumption that Francoism had 'humanised' and that repression was more brutal prior to the 1960s and 1970s explains the overwhelming focus on that era. As a result of this, the numerous academic contributions surrounding imprisonment and homosexuality under Franco, whilst providing a solid theoretical basis, have remained chronologically-bound to the decades prior to my area of interest.

Using a mix of documents from the penitentiary archives of the prisons of Badajoz and Huelva with oral history, includig interviews with former inmates and directors of the repressive institutions, my research aims to shed light on a topic which is itself at the forefront of new Spanish historiography. Furthermore, I intend to approach empirical documentation using theory from a number of disciplines, and inter-theoretical analyses of Franco’s ‘sexual deviant’ prisoners to comprehend the construction of dissident and non-normative subjectivities.

More broadly, I am interested in the history of memory, violence, and repression. I have mostly worked on Spanish Civil War and Francoist history, using oral history as a source for my work. Having studied clandestine movements during the 1940s and the construction of memory, I am fascinated by how this time period goes to the heart of Spanish society in a way which transcends generations and carries divisions directly into modern Spain.

I am also interested by politics and journalism, and during my free time I write and edit for Jericho Online (www.jerichoonline.com).