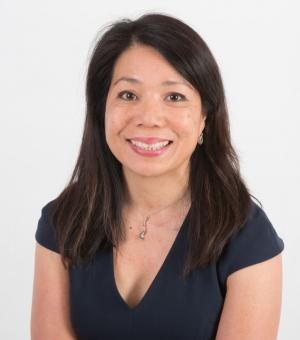 I am a historian of business and, more broadly, of global trade and capitalism.  What interests me is the way that people and organisations created (or had thrust upon them) the institutions and mechanisms that allowed them to establish businesses, trade with others, lend, borrow, innovate, grow, fail, and (sometimes) start again.  I also study the larger contexts in which these activities took place, including the political regimes, social structures, and cultural norms that served as the ‘rules of the game’.  I am also interested in the topic of reputation and its relationship with commercial trust.  This interest was sparked by my time as research fellow of the Oxford University Centre for Corporate Reputation, Said Business School.  In that role, I coordinated the multidisciplinary work of scholars in the field and contributed a historical perspective to the scholarship.

As a research fellow in the Oxford University Centre for Corporate Reputation, Said Business School (2009-2019), I was committed to embedding history and historical approaches to the study of reputation.  With Christopher McKenna, I co-edited a special issue on the topic for Business History Review (2013). I also co-edited an interdisciplinary symposium on corporate reputation and accountability for the Journal of Business Ethics (2019).

I began my scholarly career by puzzling over the hand-written, nineteenth-century ledgers of RG Dun, a precursor to credit-reporting behemoth Dun and Bradstreet.  What could the tens of thousands of reports on businesses – including tiny establishments run by women and ethnic minorities – tell us about the business culture of the United States in the period 1840-1890? The result was my dissertation, which became my first book, A Culture of Credit: Embedding Trust and Transparency in American Business (2006).  One chapter investigated the way Jewish traders were perceived, both in small American towns and by the increasingly influential credit reporting firms.  Published as “’That Mysterious People’:  Jewish Merchants, Transparency, and Community in Mid-Nineteenth Century America,” it won the Newcomen Award for best article in Business History Review.  My current research, tentatively called “Race and Trust: A Global History of Trading with ‘the Other,’” builds on my interest in how business people around the world have assessed one another throughout history.

As a post-grad, I became involved with the business history unit of the Harvard Business School.  The group included Alfred Chandler and Thomas McCraw (who served as my dissertation advisor).  I contributed a chapter to Creating Modern Capitalism (edited by McCraw, 1997), which compared the business systems of four capitalist societies:  Great Britain, Germany, the US, and Japan.  The volume served as the textbook for the course of the same name, which for several years was a required Foundations course for Harvard MBAs.

The case study format is a powerful research and pedagogical tool.  When two co-authors and I were approached about writing a history of one of the world’s largest consumer products firms, we adapted the case study format to convey historical lessons to students of brand-building.  Rising Tide: Lessons from 165 Years of Brand Building at Procter and Gamble (2004) traces the history of P&G from its beginnings as a soap-and-candle maker in Cincinnati, Ohio, to its status as multinational creator of consumer brands such as Pampers and Crest.

My most recent book expanded on my early (and enduring) interest in credit and its role in society.  The Engine of Enterprise: Credit in America (2016) narrates how businesses, consumers, regulators, and activists made credit more available to more Americans.  The book also traces the disagreements in the United States about the nature and role of credit.  The tensions were shaped as much by political events and shifting social norms as by economic, financial, and technological developments.  Beginning with the small, fragmented lending practices of the late-colonial period, the book ends with the credit crisis that engulfed the banking leviathans and millions of businesses and households in 2008.

As research fellow in the Oxford University Centre for Corporate Reputation, Said Business School, I am committed to embedding history and historical approaches to the study of reputation.   I co-edited (with Christopher McKenna) a special issue on the topic for Business History Review (2013) and am co-editing an interdisciplinary special issue for the Journal of Business Ethics.

The Engine of Enterprise: Credit in America (Harvard University Press, 2016) 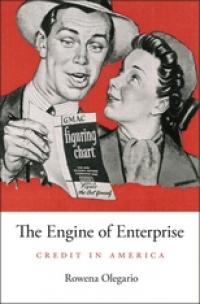 American households, businesses, and governments have always used intensive amounts of credit. The Engine of Enterprise traces the story of credit from colonial times to the present, highlighting its productive role in building national prosperity. Rowena Olegario probes enduring questions that have divided Americans: Who should have access to credit? How should creditors assess borrowers’ creditworthiness? How can people accommodate to, rather than just eliminate, the risks of a credit-dependent economy?

In the 1790s Alexander Hamilton saw credit as “the invigorating principle” that would spur the growth of America’s young economy. His great rival, Thomas Jefferson, deemed it a grave risk, inviting burdens of debt that would amount to national self-enslavement. Even today, credit lies at the heart of longstanding debates about opportunity, democracy, individual responsibility, and government’s reach.

Olegario goes beyond these timeless debates to explain how the institutions and legal frameworks of borrowing and lending evolved and how attitudes about credit both reflected and drove those changes. Properly managed, credit promised to be a powerful tool. Mismanaged, it augured disaster. The Engine of Enterprise demonstrates how this tension led to the creation of bankruptcy laws, credit-reporting agencies, and insurance regimes to harness the power of credit while minimizing its destabilizing effects.

I would be happy to hear from potential DPhil students who are interested in the fields of business history,  the history of global  capitalism, and U.S. history generally.