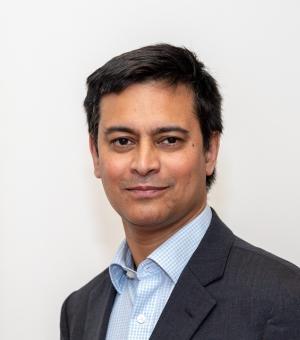 Professor of the History and Politics of Modern China
St Cross College
01865 (2)80385
rana.mitter@orinst.ox.ac.uk

I work on the emergence of nationalism in modern China, both in the early twentieth century and in the present era. China has always drawn on its past to draw lessons for the contemporary political scene; I believe that to help us understand the new China, we must look at its past.

I am currently Director of the University China Centre. I am the author of several books, including Modern China: A Very Short Introduction (2008, new ed. 2016), and the award-winning A Bitter Revolution: China’s Struggle with the Modern World (2004).  My most recent book China’s War with Japan, 1937-45: The Struggle for Survival (US title: Forgotten Ally) was named as a 2013 Book of the Year in the Financial Times and the Economist, was named a 2014 CHOICE Outstanding Academic Title, and won the 2014 RUSI/Duke of Westminster’s Medal for Military Literature.

I present and and contribute regularly to programmes on television and radio, commenting on contemporary Chinese politics and society. My television documentary “The Longest War: China’s World War II” was broadcast on the History Channel Asia in summer 2015.  My reviews and essays have appeared in newspapers including the Financial Times, International New York Times, Guardian, Telegraph, Caijing, and Outlook (India).

Rana Mitter has published on the political and cultural history of twentieth-century China, and is currently working on the connections between war and nationalism in China from the 1930s to the present. His interests include the Republican period (1912-1949), the Cold War and Sino-Japanese relations.

See page on the Faculty of Oriental Studies website

For most of its history, the People’s Republic of China limited public discussion of the war against Japan. It was an experience of victimization—and one that saw Mao Zedong and Chiang Kai-shek fighting for the same goals. But now, as China grows more powerful, the meaning of the war is changing. Rana Mitter argues that China’s reassessment of the World War II years is central to its newfound confidence abroad and to mounting nationalism at home.

Different countries give different opening dates for the period of the Second World War, but perhaps the most compelling is 1937, when the 'Marco Polo Bridge Incident' plunged China and Japan into a conflict of extraordinary duration and ferocity - a war which would result in many millions of deaths and completely reshape East Asia in ways which we continue to confront today.

In Our Time BBC Radio 4

I would be willing to hear from potential DPhil students regarding Modern Chinese history.