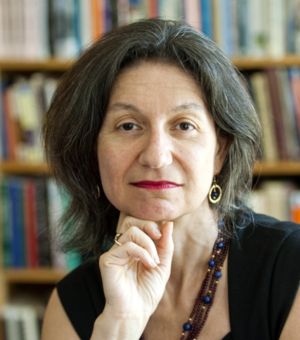 My research interests over the years have focused principally on the relationship between marginalised peoples (women, minorities, colonial subjects, the eugenically ‘unfit’ and so on) and the power structures through which their lesser status has been defined and actualised. This interest has led me in a number of directions: to the expansion and consolidation of European imperialism; to scientific and medical culture; to the efforts of activists to demand and shape their worlds.

I’m engaged right now in completing a book that interrogates the idea of nakedness, arguing that rather than indicating our comfort with the natural and the sexual it reveals our deep ambivalence about this apparently natural state. Nakedness, certainly within the Judeo-Christian world, has always been deeply political, wielded as a means to relegate the unruly. In art and in religion, among missionaries and scientists, in law courts and on beaches, nakedness has been a flashpoint of protest and of expression, and remains so today. This apparently natural state has occupied a remarkable amount of legal, political  theological, social, cultural and economic space.

The word “eugenics” was coined in 1883 by Francis Galton to express his dream of perfecting the human race by applying the laws of genetic heredity. Eugenics: A Very Short Introduction tackles the intricate and controversial history of eugenics. It synthesizes the enormous range of policies and experiments carried out in the name of eugenics around the world throughout the twentieth century. It questions the widespread belief that eugenics disappeared after World War II and evaluates the impact of eugenics on current reproductive and genetic sciences. Charting the development of such controversial practices as artificial insemination, sperm donation, and population control, this VSI offers a timely reflection on the frequent interplay between genetics and ethics