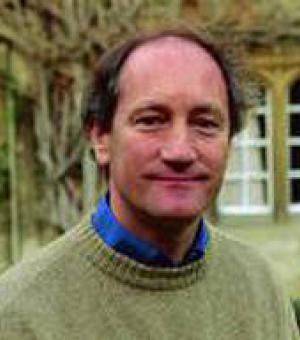 Associate Professor of the History of the Renaissance and Reformation
St Edmund Hall
01865 (2)79000
nicholas.davidson@history.ox.ac.uk

I am interested in European and world history between the fifteenth and the eighteenth centuries.  My research and publications have focused mainly on the social, cultural and religious history of Renaissance and early-modern Italy; but I also work on European intellectual history, on the history of the Spanish and Portuguese empires, and on the consequences of growing contacts between Europeans and non-Europeans in the same period.

My work explores two major themes in the history of the early-modern period: the religious divisions created by the Reformation, and the cultural challenges generated by the increased interchange of people and ideas between Africa, the Americas, Asia and Europe.  How readily in the wake of these developments could contemporaries question or reject the political, intellectual, moral, religious, and social norms of their own cultures?  And how effectively could those norms be enforced by the established powers of Church and State?  My research and writing are therefore shaped by questions about the nature of relations between different societies, about coercion and co-existence, about human rights and international law, and about conscience, free will, and authority.  Much of my evidence is necessarily drawn from legal and judicial records, and especially from the extraordinarily rich archives of the Inquisition tribunals in Italy, Portugal, and Spain.  But both the content and the processes of the law need to be examined in the context of the communities in which lawyers, judges, witnesses and defendants operated.

I am currently completing a book on the Inquisition in Venice in the sixteenth century.  Forthcoming projects include studies of relations between Greek and Latin Christians in the East Mediterranean, the origins of the Roman Inquisition, founded in 1542, and the careers and policies of the Cardinals who ran the Roman tribunal between that year and the end of the 1700s.  I am also interested in the history of Catholicism as a global religion, especially in the Spanish and Portuguese Empires in the Americas; in Catholic missionary activities and tactics both within and outside Europe; and in the development of cultural understanding and exchange in the early-modern world.

The rediscovery in the fifteenth century of Lucretius' De rerum natura was a challenge to received ideas. The poem offered a vision of the creation of the universe, the origins and goals of human life, and the formation of the state, all without reference to divine intervention. It has been hailed in Stephen Greenblatt's best-selling book,  The Swerve, as the poem that invented modernity. But how modern did early modern readers want to become?

I would like to hear from potential DPhil or Masters students regarding Italian history; history of Catholicism.