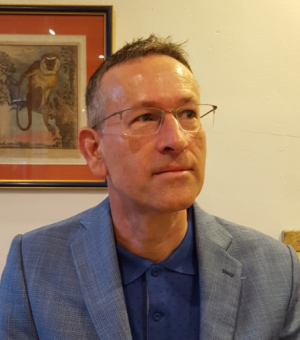 My research has concentrated especially on the late Habsburg monarchy, analysing its stability and its disintegration in the First World War. I am now writing a history of treason in Austria-Hungary. I have also spent many years researching modern Czech history, with a focus on Czech-German relations, the Sudeten German question, and LGBT Czech-German culture in the early twentieth century.

My published works on the late Habsburg empire include a study of wartime propaganda: The Undermining of Austria-Hungary: The Battle for Hearts and Minds (Palgrave, 2000); and The Last Years of Austria-Hungary (Exeter UP, 2002). In the Czech field, my key monograph has been The Devil’s Wall: The Nationalist Youth Mission of Heinz Rutha (Harvard UP, 2012), which rethinks Sudeten German nationalism in Czechoslovakia through the life of one charismatic individual.  A major AHRC project on war memory in the Successor States has resulted in an edited volume (with John Paul Newman): Sacrifice and Rebirth: The Legacy of the Last Habsburg War (Berghahn, 2016).

I have been awarded a 3-year Major Research Fellowship from the Leverhulme Trust to research and write a monograph on ‘Treason and Disloyalty in the Late Habsburg Empire’. This project uses “treason” in law and rhetoric as a prism through which to view the state’s evolving security threats and how the relationship between state and society altered from 1848 to 1918. I study the phenomenon of treason in peacetime and wartime through case studies from the Czech, Hungarian, Croatian, Italian and Ukrainian regions of the monarchy (using material in those languages). The book will also serve as a case-study in itself of modern treason: how “treason” could be interpreted and prosecuted on the European continent in the long nineteenth century.

Other current ‘Habsburg’ projects include: (a) editing, with Pieter M. Judson, The Cambridge History of the Habsburg Monarchy (vol. 2: 1790-1918). (b) editing a volume of essays about the South Slav question in the late empire: Sarajevo 1914: Context, Spark and Impact. Following a long-standing Yugoslav interest, I am also part of a new joint project based in Zagreb which is researching the transition of Croatian elites between late Habsburg and Yugoslavia (my work focuses on Croatian lawyers): http://croelite.ffzg.unizg.hr/

A further strand of my research has been to explore the neglected history of LGBT culture in the Bohemian lands. This has developed from my book on Heinz Rutha since in 1937 he was the subject of a major homosexual scandal. I am planning a volume of my essays on homosexuality in the early decades of Czechoslovakia: covering topics such as Czech lesbianism, the campaign for decriminalization, violence and blackmail, and wartime Nazi surveillance.

I am coordinating a series of academic/public events marking the anniversary of the First World War - ‘Great War: Unknown War’ – at the University of Southampton in 2017-18: http://www.southampton.ac.uk/greatwar_unknownwar/index.page

The Devil’s Wall: The Nationalist Youth Mission of Heinz Rutha (Harvard UP, 2012). 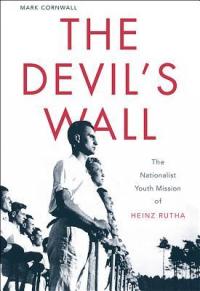 Legend has it that twenty miles of volcanic rock rising through the landscape of northern Bohemia was the work of the devil, who separated the warring Czechs and Germans by building a wall. The nineteenth-century invention of the Devil's Wall was evidence of rising ethnic tensions. In interwar Czechoslovakia, Sudeten German nationalists conceived a radical mission to try to restore German influence across the region. Mark Cornwall tells the story of Heinz Rutha, an internationally recognized figure in his day, who was the pioneer of a youth movement that emphasized male bonding in its quest to reassert German dominance over Czech space. Through a narrative that unravels the threads of Rutha's own repressed sexuality, Cornwall shows how Czech authorities misinterpreted Rutha's mission as sexual deviance and in 1937 charged him with corrupting adolescents. The resulting scandal led to Rutha's imprisonment, suicide, and excommunication from the nationalist cause he had devoted his life to furthering. Cornwall is the first historian to tackle the long-taboo subject of how youth, homosexuality, and nationalism intersected in a fascist environment. "The Devil's Wall" also challenges the notion that all Sudeten German nationalists were Nazis, and supplies a fresh explanation for Britain's appeasement of Hitler, showing why the British might justifiably have supported the 1930s Sudeten German cause. In this readable biography of an ardent German Bohemian who participated as perpetrator, witness, and victim, Cornwall radically reassesses the Czech-German struggle of early twentieth-century Europe.

Sacrifice and Rebirth: The Legacy of the Last Habsburg War (Berghahn, 2016) 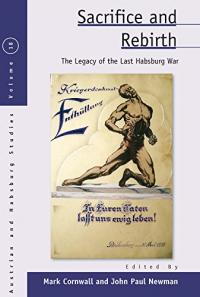 When Austria-Hungary broke up at the end of the First World War, the sacrifice of one million men who had died fighting for the Habsburg monarchy now seemed to be in vain. This book is the first of its kind to analyze how the Great War was interpreted, commemorated, or forgotten across all the ex-Habsburg territories. Each of the book's twelve chapters focuses on a separate region, studying how the transition to peacetime was managed either by the state, by war veterans, or by national minorities. This "splintered war memory," where some posed as victors and some as losers, does much to explain the fractious character of interwar Eastern Europe.