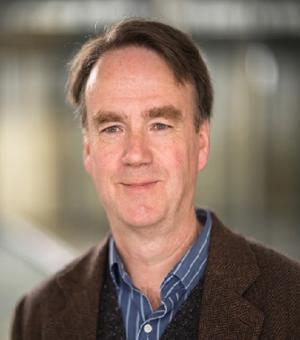 Power and Plenty: Trade, War, and the World Economy in the Second Millennium (Princeton University Press, 2009)

International trade has shaped the modern world, yet until now no single book has been available for both economists and general readers that traces the history of the international economy from its earliest beginnings to the present day. Power and Plenty fills this gap, providing the first full account of world trade and development over the course of the last millennium.

Ronald Findlay and Kevin O'Rourke examine the successive waves of globalization and "deglobalization" that have occurred during the past thousand years, looking closely at the technological and political causes behind these long-term trends. They show how the expansion and contraction of the world economy has been directly tied to the two-way interplay of trade and geopolitics, and how war and peace have been critical determinants of international trade over the very long run. The story they tell is sweeping in scope, one that links the emergence of the Western economies with economic and political developments throughout Eurasia centuries ago. Drawing extensively upon empirical evidence and informing their systematic analysis with insights from contemporary economic theory, Findlay and O'Rourke demonstrate the close interrelationships of trade and warfare, the mutual interdependence of the world's different regions, and the crucial role these factors have played in explaining modern economic growth.

Power and Plenty is a must-read for anyone seeking to understand the origins of today's international economy, the forces that continue to shape it, and the economic and political challenges confronting policymakers in the twenty-first century.

"The excellent new book Power and Plenty explains why some countries are rich, and why others are not. [Recent books] all try to explain the biggest question of the modern world: why some [countries] are rich and other poor. Now, we have...Power and Plenty, a tome that combines the interpretive focus of the new school of explainers with the breadth and depth of the old narratives. They also put neoliberal economic theory to the historical test by asking what it would predict, and then contrasting those forecasts with history's actual path. Findlay and O'Rourke tell their tale exceptionally well."--Eric Rauchway, The New Republic

"[A] splendidly ambitious new book...an excellent reference book for anyone wanting a better understanding of economic developments in the last millennium."--Economist

"Aiming at nothing less than documenting the history of world trade over the last 1,000 years, Power and Plenty...appears to be required reading...for the purposes of better understanding how the world works."--Andrew Leonard, Salon.com

"This new history of the last thousand years of world trade is remarkable in both its grand sweep and its scholarly depth. It pieces together the story of global commerce from the medieval spice traders and nomads of Central Asia to the discovery and incorporation of the New World, to the Industrial Revolution and the rise of Europe, and to the globalizing forces of the postwar world economy. One theme is the importance of the 'vast webs of interrelationships' between western Europe and other regions that, beginning in the medieval period, set the stage for modern economic growth. The other theme is the critical role of war in propelling economic change through upheaval and adaptation."--G. John Ikenberry, Foreign Affairs

My research lies at the intersection of economic history and international economics. In particular, I’ve done a lot of work on the history of globalization and deglobalization, and am still working on these themes. Globalization and History (co-authored with Jeffrey G. Williamson) won the 1999 American Association of Publishers/PSP Award for the best scholarly book in economics. Power and Plenty: Trade, War and the World Economy in the Second Millennium, co-authored with Ronald Findlay, was published by Princeton University Press in 2007; The Cambridge Economic History of Modern Europe (co-edited with Steve Broadberry) was published in 2010. The Spread of Modern Industry to the Periphery since 1870 (co-edited with Jeffrey G. Williamson) is forthcoming with Oxford University Press.

I’m currently working on interwar trade and trade policy, and am also interested in the relationships between trade and war.

I am interested in supervising doctoral students working on the history of globalization, and other aspects of international economic history.